18 Best Nootropics For Bodybuilding To Include In Your Diet 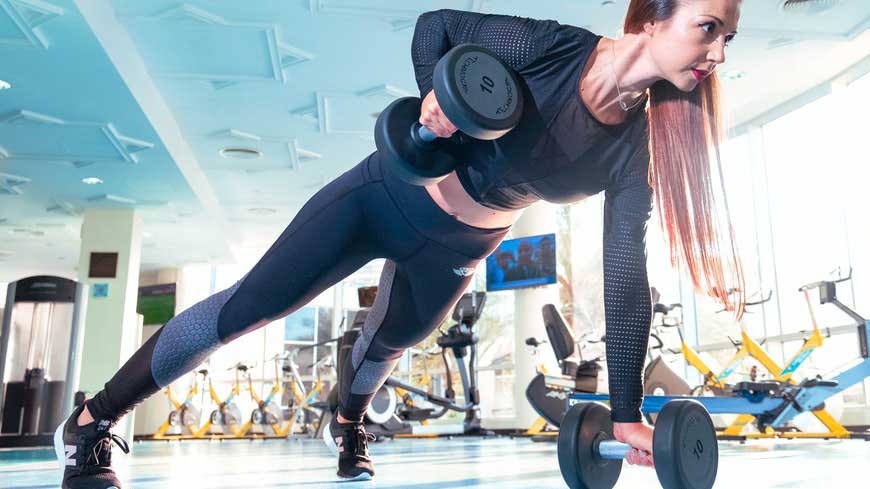 In this article, we’ll discuss some of the best nootropics for bodybuilding that needs to be in your daily diet. You don’t have to add everything mentioned here, but try to consume as much as you can.

In the words of Abraham Lincoln, “Your body can withstand almost anything, it’s your mind that you have to convince.” Any bodybuilding success begins in the mind. If the mind is unwilling to make an effort, the body cannot make an effort either.

Bodybuilding nootropics can help substantially for the same. These supplements aid in recharging the brain, which invigorates the body as well. Nootropics help develop motivation, focus, and stamina.

There is a multitude of nootropics, which are not very common but work effectively. A few of these are listed below.

This is a herb that acts as an effective mental and physical performance booster. This herb was utilized by the Vikings to help them with focus and energy, and we know how belligerent and powerful they were.

The herb offers increased endurance and improved post-workout recovery while reducing mental lethargy, improving motivation, and promoting a good sense of being. It also increases resistance to stress. Bodybuilders need to keep their cortisol, i.e. stress hormone, in check to perform at peak levels and Rhodiola Rosea wards off this hormone.

This is a fat that coats the brain cells and protects them. This nutrient is known to improve performance in stressful situations and helps keep the mind sharp. It is found in foods like chicken, beef liver, and egg yolks.

This vitamin has the highest nootropic benefits of all the B vitamins. It is essential for the production of brain chemicals like serotonin and helps escalate focus and endurance.

Ashwagandha is a nutritional wonder parading around as a herb. It is filled with alkaloids, steroidal lactones, and fatty acids which increase muscle power, enhance physical drive and regulate stress hormones.

Sulbutiamine is a man-made chemical that is similar to vitamin B1. It dissolves in fats and increases thiamine levels in the brain, leading to a strengthened mind, and enhancement of physical performance through the reduction of fatigue and weakness.

Also Read: Benefits And Side Effects Of Sulbutiamine

This is a naturally occurring chemical in the body that is very similar to caffeine. It helps in reducing fatigue and enhances athletic performance. It stimulates the central nervous system and energizes the body and mind.

Different compounds make up the racetam family. This comprises Piracetam, Aniracetam, Oxiracetam, Pramiracetam, and Phenylpiracetam, among others.

The racetam family affects the synaptic messaging in the brain to speed up signal transmission, which causes the consumer to think and process faster. It also enhances the reaction time of the consumer; making them one of the best bodybuilding nootropics.

Cholinergic increases the levels of acetylcholine, a neurotransmitter, in the brain. This compound is essential for muscle contraction among several other functions. Cholinergic drugs are considered to be highly beneficial to healthy cognitive function.

A few cholinergic ingredients are Alpha-GPC, CDP Choline, Huperzine-A, etc. These compounds have become increasingly popular among bodybuilders as it increases focus and drive, and quickens muscle contractions.

Some cerebral vasodilators are Vinpocetine and Ginkgo Biloba.

These stimulators increase nerve growth in the central nervous system and brain, adding more pathways through which blood and oxygen can be transmitted. Cholinergic drugs are essential for nerve growth to be stimulated.

Some examples of these stimulators include Erinacins and Lion’s Mane (Yamabushitake).

These stimulants improve concentration and focus, increase energy and power, and enhance performance. Examples of these stimulants would be caffeine and synephrine.

A few of these stimulants can also enhance muscle growth and physical composition through energy pathways, like cyclic adenosine monophosphate which increases testosterone levels.

Caffeine helps increase attention, speed up reaction time, improve reasoning, and reduce tiredness. It is found in copious amounts in a lot of pre-workout supplements. It works with the adenosine receptors in the body to delay fatigue.

Caffeine is the most widely consumed nootropic in the world. It is found in coffee, cocoa, energy drinks, and sodas, among several other sources, although these are unhealthy sources.

Omega-3 are fatty acids that protect the brain membrane and white matter integrity. These acids improve sleep and keep the mind and heart-healthy, leading to a faster-firing brain. Some of these acids include docosahexaenoic acid and eicosatetraenoic acid. It can be found in foods like salmon and olive oil.

NALT is an amino acid that synthesizes the neurotransmitters – dopamine, epinephrine, and norepinephrine. It protects the brain against stressful situations and replenishes the neurotransmitter levels whenever required. It boosts mental performance and increases alertness, both of which are important for working out and improving physical performance.

It is an amino acid that the body utilizes to make protein. Creatine works as a bodybuilding supplement that promotes muscle growth and benefits the brain by reducing stress.

Creatine helps in generating more energy by producing more ATP. This energy helps enhance executive functions even when the person is sleep-deprived.

Noopept is a synthetic drug that can be used as a supplement. Unlike some natural nootropics whose effects are felt after several hours, Noopept’s effects are experienced in minutes. It boosts brain function and promotes the growth of brain cells.

Modafinil, popularly known as Provigil is a prescription drug that reduces fatigue and enhances executive functioning such as organization, time management, and problem-solving skills, which is helpful to bodybuilders.

Popularly known as Adderall, it helps boost attention and focus. It also escalates the production of dopamine and noradrenaline, which improves brain function and helps people feel optimistic and energetic. Amphetamines help in reducing appetite, which is useful for bodybuilding.

Nootropics can be beneficial in improving muscle growth and enhancing brain function. They can help discover nuggets of potential, which were previously unknown. However, these supplements should be used only as an asset to an established schedule of healthy nutrition and exercise.