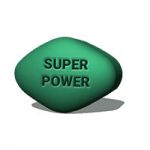 Sildigra Super Power is one of the potent dual-acting generic medicines with a couple of active ingredients – Sildenafil Citrate and Dapoxetine. It is unambiguously designed to treat the two most common male sexual complaints such as Erectile Dysfunction (ED) and Premature Ejaculation (PE).

Sildigra Super Power helps a man who has difficulties in attaining an erection and holding ejaculation for a sufficient period for satisfactory copulation & must be used as recommended by your primary care physician (PCP), as Sildenafil Citrate and Dapoxetine are prescription drugs.

Here’s everything you need to know to buy Sildigra online & use it to get maximum benefits.

Here are some of the fast facts about this generic ED and PE medicine:

What is Sildigra Super Power?

Sildigra Super Power is a powerful combination of Sildenafil Citrate and Dapoxetine, which is why its dual-acting power helps treat ED and PE. It is undoubtedly the best ED and PE med because of its high success rate.

The long-lasting effects of this drug continue to persist for up to six hours, which means that it will work for nearly six hours, allowing you to perform well in bed.

Sildigra Super Power boosts men to rejuvenate their ability to attain and sustain an erection and gain control over their ejaculation for successful sexual intercourse.

How does Sildigra Super Power Work?

The two active drugs Sildenafil Citrate and Dapoxetine in a Sildigra Super Power tablet can help a sexually incompetent man who has issues with attaining an erection and ejaculating very soon during sexual activity.

The medicine enhances a man’s erectile capability by augmenting blood supply to the penile organ. It also helps in delaying ejaculation by working on your nervous system, although the exact mechanism is unknown.

During foreplay, a powerful chemical in the body termed nitric oxide is released in the tissues of the penile organ. This action mechanism of the drug improves the level of another chemical known as cyclic Guanosine Monophosphate (cGMP).

An augmented cGMP helps the penile muscles to relax and the erectile arteries to dilate, improving blood supply and encouraging robust erections. The exact mechanism of Dapoxetine in treating PE ejaculation is idiopathic.

Sildigra Super Power comes in 100 mg dosage. Your PCP may suggest this potency after evaluating your health, your response, your severity of both ED and PE, pre-existing medical issues, and current treatments.

Itworks effectively for most men with Erectile Dysfunction and Premature Ejaculation. It has been found that this combination of drug works best when taken on an empty stomach.

Keep in mind that the effects of Sildigra Super Power may be affected if taken inappropriately.

Fatty foods must not be taken while using this ED and PE drug. The drug may fail to get absorbed in the body whenever taken with fatty foods, delaying the effects and leaving you unsatisfied in bed.

Grapefruits may also influence drug absorption, while in some men, grapefruits can lead to adverse effects.

Side Effects of Sildigra Super Power

The adverse reactions associated with Sildigra Super Power may include pain in the muscle, red face, runny nose, or backache. These effects are common and diminish as the effectiveness of the drug diminishes.

The possibility of serious adverse reactions with this combination drug is generally less. It is important to know about the adverse effects before using this prescription ED and PE med.

A standout among all the common adverse effects found during the clinical studies was a headache.

Another serious common adverse effect reported was priapism, which is characterized as an erection that does not subside even after two to three hours.

Other drugs interacting antagonistically with it are nitrates (nitroglycerin), alpha-blockers, and antidepressants (SSRIs). Whenever taken in combination, they can lower the blood pressure to a very unsafe level.

Other medicines that don’t go well with this one include certain antibacterial drugs and prostate drugs.

Sildigra Super Power is imprudent for those who have been taking nitrates or nitroglycerines for chronic chest pain.

Men using alpha-blocker meds to treat their high blood pressure should never use this ED and PE medicine.

Alpha-blockers and nitrates are inimical to Sildigra Super Power and if taken in conjunction, one may experience a serious hypotension i.e. low blood pressure.

A man with a serious heart issue or with coronary heart disease, who is not fit enough for sexual activity, is discouraged to use this ED and PE combination drug.

A man who has a kidney or liver disorder, history of a cardiac arrest or a stroke, certain cancers, and ophthalmic issues should never use it.

Teens, adolescents, and women should never use Sildigra Super Power.

Now that you are done reading all the necessary information; here are some of the most frequently asked questions that patients have on how to buy Sildigra online & use it to get the best results.

How quickly does this combination drug function?

The effects are experienced within an hour of oral administration, while a few of them may experience the effects within 30 minutes.

The drug functions when you are sexually stimulated. It will not work in the absence of foreplay.

Is Sildigra Super Power safe to use?

This ED and PE combination drug are recommended only to men with ED and PE. It is typically effective in most men. However, this combination drug could be risky for men who already take nitrates for chest pain and alpha-blockers for hypertension.

Can I use the medicine recreationally?

Never. This dual-acting medicine is only for men who have been diagnosed with both ED and PE. Sildigra Super Power should not be used recreationally.

Taking the combination drug in excess may lead to an overdose, meaning you can be putting your health at risk.

If you unintentionally or intentionally take several tablets and experience any undesirable symptom, visit your nearest ER for medical attention.

The symptoms of an overdose may include vision loss, fatigue, dizziness, or chest pressure. Therefore, it is advised using this combination drug only after seeking proper medical help.

Would I be able to take Sildigra Super Power with my other drugs?

It depends on the meds you have been taking.

Your PCP will investigate and then evaluate your medical issue along with the prescription drugs you have been taking to check for any drug interactions.

You will be recommended not to use this combination drug if you take nitrates or alpha-blockers.

Is it safe to buy Sildigra Super Power online?

You can buy Sildigra Super Power online securely and discreetly from a trusted online drugstore such as SecurePharmaOnline.

SecurePharmaOnline offers this as well as numerous other drugs at a surprisingly affordable price.