Nootropics For Stress: The Top 8 Smart Drugs To Give A Try 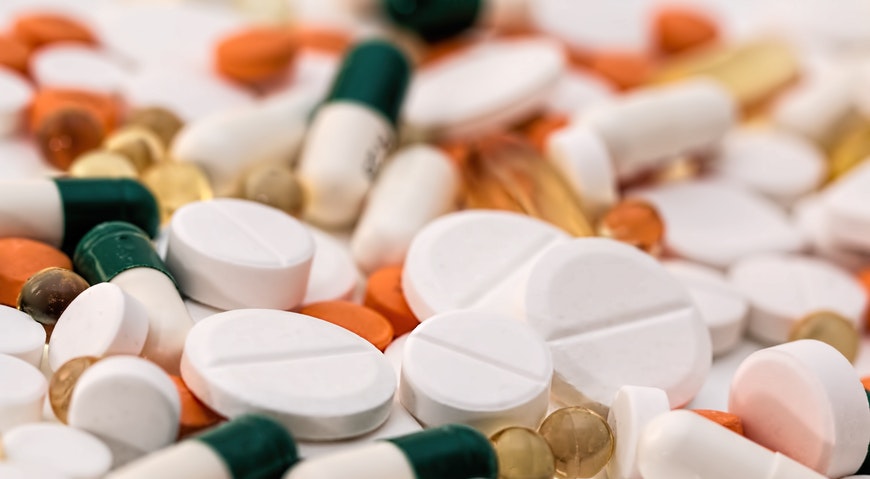 In today’s day and age, when new hurdles keep arising quite often, stress has become a standard part of an individual’s life. As a result, the use of nootropics to relieve stress has gained popularity and seems to be the quickest way forward. Nootropics are a class of drugs, usually sold as supplements or other substances, used to improve cognitive function in healthy individuals. They are often referred to as smart drugs or cognitive enhancers.

Nootropics are of two kinds: Prescription and Non-prescription nootropics.

Prescription nootropics are medications administered by a doctor, and often have stimulant effects, helping combat various medical conditions. They work by counteracting the symptoms of the same, thereby increasing brain function. However, they can have several side effects. Thus, it is inadvisable to consume them without a proper medical prescription.

The second kind, Non-prescription nootropics are more widely used, and often comprise of natural ingredients which are consumed as it is or extracted in some form from nature. They are healthy for consumption in a moderate manner, mostly having no side effects, and one does not require a doctor’s approval for the same.

Considering the growing need for efficient nootropics to combat stress, a carefully refined list has been created for your readers. Here are a few of the best nootropics for stress, available in the market.

During periods of stress, the catecholamine levels in the body drop drastically, and supplementing the body with L-tyrosine during those times helps keep up with the brain chemical-depleting effects of stress. L-Tyrosine, an amino acid found in the diet, metabolizes to produce catecholamine neurotransmitters (like dopamine and norepinephrine).

It also has a positive impact on one’s overall cognition, including memory. However, in high doses, it can increase heart rate, blood pressure, and even worsen symptoms of schizophrenia in patients.

L-Theanine is an amino acid found in tea leaves (also coffee) and is also available in a pill/tablet form at most drugstores. It is said to stimulate relaxation without any drowsiness and hence helps relieve stress.

Bacopa Monnieri, commonly referred to as Brahmi, is a vital herb used in Ayurvedic medicines for various purposes. It is considered as an adaptogenic herb and helps build the body’s resistance to stress. It reduces stress and anxiety by elevating one’s mood and reducing cortisol levels in the body.

Besides helping with stress, Bacopa Monnieri has several added benefits. It contains powerful antioxidants, has anti-inflammatory properties, and helps lower blood pressure levels. It could also lower ADHD symptoms and have anti-cancer properties. It is generally safe but could cause mild nausea and stomach cramps in some cases.

Phenibut imitates the brain chemical GABA (Gamma-aminobutyric Acid), a major inhibitory (“downer”) neurotransmitter in most areas of the Central Nervous System. GABA incites feelings of relaxation and calmness in one’s mind, thus its low levels tend to cause severe stress and anxiety.

Phenibut increases dopamine levels and activates its pathways, giving rise to the sedative and relaxing properties of the drug. It is also used as an antidepressant by people suffering from PTSD (Post Traumatic Stress Disorder).

However, it can cause a variety of side effects, including dizziness and nausea (in small doses), and difficulty breathing and unconsciousness (in large doses). It is narcotic and can cause withdrawal symptoms when the dosage is stopped.

Ginseng is extracted from the roots of plants of the genus Panax. American Ginseng and Asian Ginseng are the two most prominent varieties of Ginseng that find their use in medicine. They contain active compounds called Ginsenosides (believed to be behind its potential pharmacological effects).

Ginseng also finds its use in a variety of other medications due to its antioxidant and anti-inflammatory properties. Ginseng on its own rarely shows side effects. However, if supplemented alongside another medication, could cause some problems.

Valerian is a medicinal plant, often associated with its anxiety-relieving and sedative properties. The essential oils present in the plant increase GABA production while simultaneously inhibiting its breakdown. It acts as a Nervous System depressant and effectively reduces a person’s anxiety symptoms.

It is also used as an effective treatment to combat insomnia and to reduce the severity and frequency of one’s menopausal symptoms. Valerian dosage may cause various side-effects, including but not limited to headaches, mental dullness, heart disturbances, upset stomach, and uneasiness. It is also a narcotic and may cause withdrawal symptoms if discontinued after long term use.

Phosphatidylserine is a chemical present in cell membranes, and commonly found in the human diet. It is a phospholipid present throughout the body, including the brain cells. It is identified as a stress medication due to its utility in the reduction of cortisol release.

Phosphatidylserine finds use in the treatment of Alzheimer’s disease and dementia, and also as a performance-enhancing drug. It does not generally cause side effects. However, it can cause insomnia and an upset stomach in some cases.

Rhodiola Rosea is an herb popular for its adaptogenic properties, whose active compounds include rosavin, tyrosyl, and salidroside. Rhodiola is highly serotonergic and releases several key neurotransmitters that play a crucial role in reducing stress.

It is also used to reduce fatigue, and promote mental and cognitive longevity. Rhodiola consumption does not show notable side effects in normal dosage.

Today, a life without stress seems unimaginable. Stress for a person increases over time, manifesting at crucial times, leading to a negative impact on a person’s cognitive ability, clouding the mind, and diminishing one’s brainpower. To prevent such situations from ensuing regularly, the consumption of nootropics for stress seems to be a valid possibility, if not a necessity.

Individuals who work in demanding organizations or students who have a demanding study schedule are the ones who generally resort to looking for the best nootropics for stress.