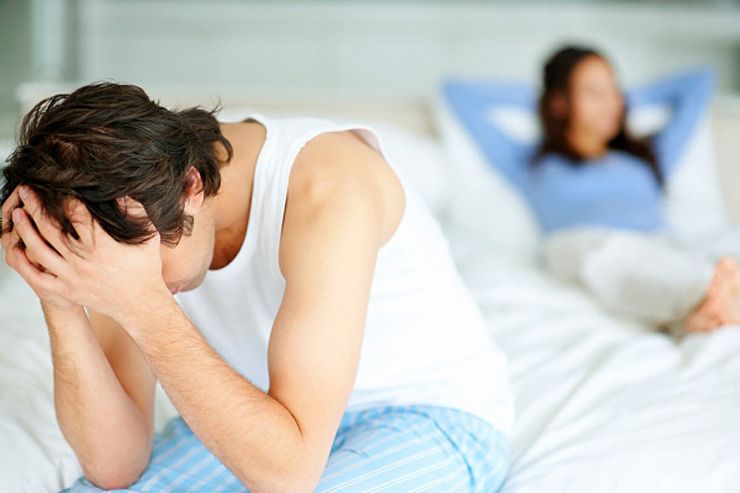 Premature ejaculation (PE) is a common sexual disorder that affects many men. While ejaculation is the release of semen during the climax of sexual intercourse, PE or early ejaculation causes the semen to be released much earlier.

As common as this sexual dysfunction is, the myths surrounding it are equally widespread. Such myths can relate to the timing of ejaculation, the treatment of PE, or its prevalence. This article aims to bust some of the most common premature ejaculation myths with resounding facts. Read on to find out more.

Myth: If You Have Premature Ejaculation, You Will Ejaculate Within Two Minutes of Initiating Intercourse.

People often think that there is a time frame, ejaculating within which signifies the presence of PE. And if you can control your ejaculation beyond that time, say two minutes, you do not have PE.

Fact: The theme of premature ejaculation is not the timing of ejaculation but the lack of ejaculatory control. Some men last longer than two minutes but still claim to have PE. No matter the time you take to ejaculate, if you seem to be unable to control ejaculation, you most likely have PE.

A common myth among people is that ejaculation is something that can’t be controlled and that a man cannot resist the urge to ejaculate.

Fact: Ejaculation can be controlled by training the pelvic floor muscles, similar to the way the bladder can be trained and controlled for micturition (the passage of urine) when you are a kid. Also, once a man learns to control ejaculation, he is sure to remember.

Fact: Psychological issues are one aspect of the disorder but not the sole cause. Several physical factors, such as abnormal hormonal levels, can lead to the development of PE in a man.

Myth: If a Man Has Premature Ejaculation, He Will Have it All Through His Life.

Fact: This is another misconception. Neither is someone born with PE nor does it persist throughout their lives. In reality, a man’s PE can surface with one partner but may be absent with someone different. Or it might happen at times with a partner but not at other times. It all depends on the circumstance and the state of mind the person is in.

Myth: The Prevalence of Premature Ejaculation is Inversely Proportional to Age.

Fact: Multiple studies have shown that PE is common throughout the teenage years and remains steady until you reach around 50. Beyond this, the incidence of PE increases and, after 70, decreases again. Thus, it is wrong to say that PE decreases with age.

Fact: Again, this is not true. PE is often situational and can affect men of any age group. Although training the muscles to control ejaculation can come with experience, that is no guarantee for preventing PE from happening in the future.

Myth: People Who Suffer From Premature Ejaculation Have Anxiety Issues.

Fact: Not always, and not all men. Often, men who have previously suffered from erectile dysfunction may rush to climax during sex due to the anxiety to perform well. This, however, is not present all the time. Thus, PE sufferers may have anxiety specific to sexual intercourse but not at other times.

Myth: Viagra Can be Used to Treat Premature Ejaculation.

Fact: It cannot. Viagra is a medication used to treat erectile dysfunction. It contains sildenafil, which regulates blood flow to the penis but does not inhibit ejaculation. Although PE and erectile dysfunction can occur together in some men, they are different kinds of sexual problems and their treatments are also different.

Myth: Medications are the Only Effective Treatments For PE.

Fact: The treatment of PE involves the use of medications as well as behavioural therapy. This is in addition to home remedies, regular exercising, and herbal supplements, which are also effective at solving the problem.

Read: 5 Common Side Effects of PE Medicines in Men

Fact: Anesthetic sprays or creams simply numb the skin of the penis. You will not feel the friction on the skin when you have numbed it, so climax will take a lot longer to achieve. But this has the disadvantage of reducing the pleasure you and your partner will derive out of this. Also, the effects of these creams in keeping PE at bay are only limited to each application. So, if you expect them to treat the dysfunction, you will be disappointed.

Fact: Premature ejaculation and erectile dysfunction (ED) are separate problems. Often, PE is an early herald of ED. But it is not uncommon for the disorders to appear independent of each other. If you have one of these problems, you don’t need to have the other as well.

Fact: A healthy diet and regular exercise help to keep your body in shape and ensure all systems function properly, including your reproductive system. However, any specific food can’t be attributed to having an especially positive effect on PE or other sexual dysfunctions. Having said that oysters, soybeans, almonds, legumes, and other such foods are often recommended to help treat premature ejaculation.

Here is an article on Natural Remedies and Effective Exercises to Stop Premature Ejaculation that you should read.

Myth: Premature Ejaculation Occurs When a Man is Not Focused on the Sexual Act.

Fact: Your partner might have doubts about your interest in the act of sex when you experience premature ejaculation. But the fact is that it’s not your fault. PE occurs when a man is unable to control ejaculation and it is caused due to several different reasons. Pinpointing it to a lack of interest is not correct and may further damage the self-esteem of the man.

Myth: Partners of Men Who Suffer From PE are Extremely Traumatized and Frustrated Because of the Disorder.

Fact: Most of the time, the main worry of the partner of a man suffering from PE is their partner’s physical and mental well-being. So, you should focus on getting your problem under control. Your partner’s worries will end as soon as you get on track to becoming free of premature ejaculation and related complications.

Premature ejaculation is a common sexual dysfunction. Sexual problems are often subject to intense speculation and can be an embarrassment to the men suffering from them. As such, it is not surprising that some myths about premature ejaculation can pop up.

We have highlighted the most common myths about premature ejaculation and countered them with facts to help you gain a real perspective on the problem. With these, you can better understand this sexual dysfunction and its effects on your interpersonal relationships as well as your life. Once you do that, you should be well on your way to starting getting proper treatment for the condition.

Can Chlamydia Cause Erectile Dysfunction (ED) ? Chlamydia is an...

Migraines cause throbbing pain in the head. These are intense,...

In this article, we will explore all the possible changes...