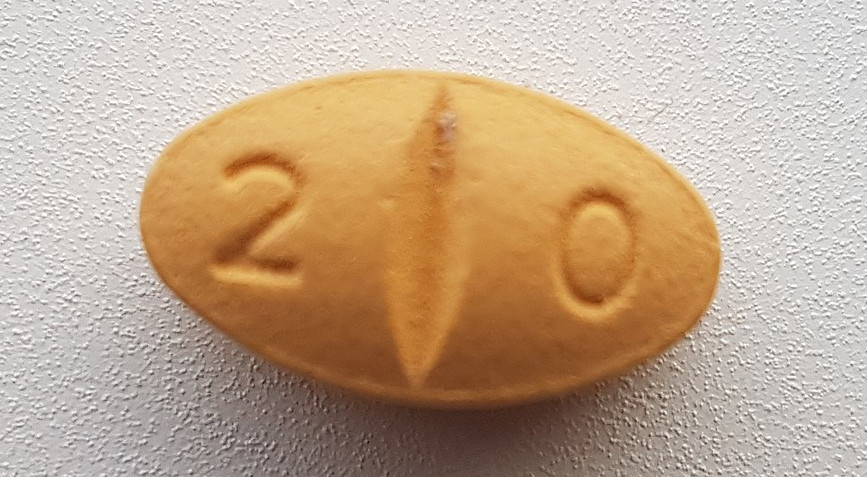 Tadalafil Vs Sildenafil – in this article, we compare both these powerful drugs on the basis of their effectiveness, doses, uses, precautions, and more.

Erectile dysfunction (ED), also known as impotence, is the most common sexual problem in men. In this type of sexual dysfunction, the penis of a man cannot become or stay erect during sexual activity. This can not only cause a man to have an unsatisfactory sex life but also hurt his self-esteem, thus affecting his psychological well-being over time.

Tadalafil and Sildenafil are medications used to treat erectile dysfunction in men. Both belong to a class of drugs known as phosphodiesterase 5 (PDE 5) inhibitors. They work by increasing the blood flow to the penis which in turn aids in keeping it erect.

Although both these drugs help to achieve the same target, there are some differences in their usage, effectiveness, and side effects. In this article, we will highlight all these differences so that you can choose the right drug for your ED.

Tadalafil vs Sildenafil: How Do They Act?

Since both Tadalafil and Sildenafil come from the same class of drugs, they work on a similar principle, that is, inhibiting PDE 5.

As a PDE 5 inhibitor, tadalafil helps in disorders that involve a lack of proper blood flow to a specific organ or a part of the body. Thus, it is used in the treatment of the following conditions:

The usage of Tadalafil in ED has been approved for many years. It is among the most common drugs for treating this dysfunction.

BPH, or prostate enlargement, is a common condition found in aging men. While there are several effective medicines to counter BPH, most of these harms a man’s ability to have or maintain an erection. This is where Tadalafil comes in.

Sold under the brand name Cialis, it is the sole erectile dysfunction medicine approved by the FDA for the treatment of prostate enlargement. Research has shown that it helps to relax the urinary bladder and the prostate gland. This in turn aids urine flow and relieves the symptoms of BPH.

Tadalafil (Adcirca) is used to treat pulmonary hypertension (raised blood pressure in the lungs) in adults. The principle is the same as before; Tadalafil inhibits PDE 5, thereby dilating the blood vessels and restoring proper blood volume. This results in the normalization of the blood pressure.

Similar to Tadalafil, Sildenafil is also used to treat erectile dysfunction, BPH, and pulmonary hypertension. However, the difference is that this drug isn’t approved by the FDA in the treatment of BPH, while Tadalafil is.

Tadalafil, or generic Cialis, is available for use in two forms, ‘as needed’ and daily. The doses of both these forms differ.

The standard and initial dose of ‘as needed’ Tadalafil is 10 mg. If this proves to be ineffective or only mildly effective, the dose can be increased to a maximum of tadalafil 20mg per day. On the contrary, if the medication shows some harmful effects upon use, the dosage should be reduced to 5 mg.

The daily form of Tadalafil is used in doses ranging from 2.5 to 5 mg once daily.

The recommended dose is 5 mg daily. Even when the drug is used to treat both ED and BPH together, 5 mg once daily is the preferred dose.

Sildenafil, the generic form of Viagra, has only one dosage form, and that is ‘as needed’. The dose ranges from 25 mg to sildenafil citrate 100mg. However, the standard dose is 50 mg once a day which is reduced to 25 mg once daily if side effects appear and doubled to 100 mg in case it appears ineffective.

Sildenafil, given 50 mg once a day, effectively treats nocturia, a problematic symptom of BPH.

Marketed as Revatio for treating pulmonary hypertension, Sildenafil is given in a dose of 20 mg thrice a day.

Both these drugs are highly effective in treating erectile dysfunction. However, Tadalafil starts acting faster upon intake as compared to Sildenafil. While the former takes only half an hour to begin showing its effects, the latter can take up to an hour.

Another notable difference is the duration of action. Tadalafil’s positive effects on erection last for up to 36 hours while those of Sildenafil only last for 4 to 5 hours.

Tadalafil vs Sildenafil: Side Effects

Precautions for Tadalafil Use

You should keep the following things in mind while using Tadalafil:

Do not use more than the recommended daily dose.

Tadalafil has adverse drug interactions and should be avoided with nitrate medicines (used to treat chest pain) such as nitroglycerin, Nitrolingual, and amyl or butyl nitrates.

This medicine offers no protection against sexually transmitted diseases.

If you have had an allergic reaction to tadalafil or any other ED medicine in the past, you should consult your doctor before starting the medication.

Do not use this drug if you have a history of liver or kidney disease.

This drug is not recommended for use in women.

Hypertensive patients who are on regular medication should not use Tadalafil as this might cause blood pressure to fall markedly.

Precautions for Sildenafil Use

This drug should not be used in pregnant women.

Small amounts of this drug might pass into breast milk, therefore it is best to avoid it in lactating mothers.

Tadalafil vs Sildenafil: Which is Better?

Since both the drugs act similarly and have almost similar effects, your choice will depend on what disorder you take these drugs for.

For instance, if you need medication for erectile dysfunction, the points in favor of Tadalafil are its faster-acting time as well as its long-lasting effects (up to 36 hours). This gives you and your partner more flexibility and spontaneity.

In contrast, Sildenafil starts acting about half an hour later than Tadalafil and its effects only last for a few hours. As a result, there is a smaller time window in which to act. It is for this reason that most men and their partners prefer Tadalafil use over Sildenafil.

For BPH patients also, Tadalafil is preferable since it is FDA-approved.

Tadalafil vs Sildenafil is a comparison between two drugs that are very similar in action. That is why it becomes a difficult choice when it comes to selecting a better fit between the two.

But a careful understanding of the uses, side effects, and advantages of each of the two medicines, with due consideration to individual preferences, can guide you to make an informed decision.