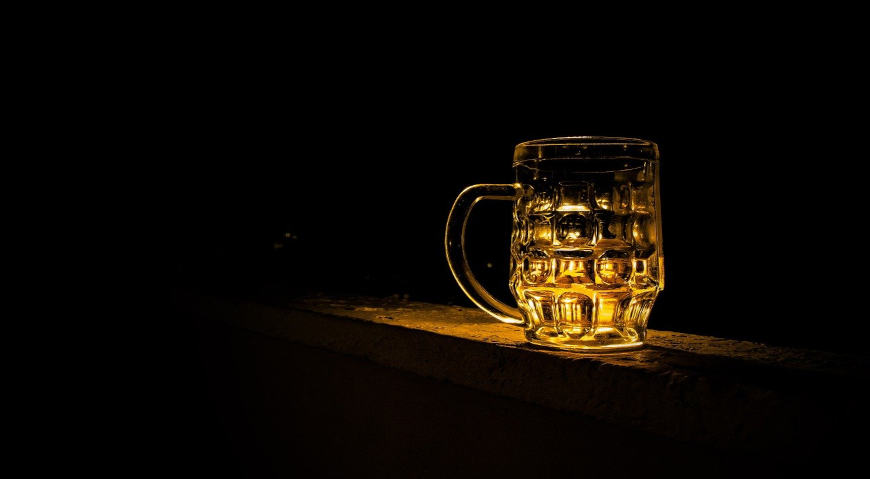 Levitra and alcohol – in this article, we’ll discuss the effects of Levitra when combined with alcohol.

Among several medicines commonly prescribed for treating erectile dysfunction (ED) in men, Levitra is one of the most popular as well as effective ones. Its active ingredient is vardenafil, which is also found in the orally dispersible tablet, Staxyn (another erectile dysfunction medication).

Vardenafil is a phosphodiesterase-5 (PDE 5) inhibitor, which means that it hampers the activity of this enzyme in the body. Since PDE 5 works to limit the effects of nitric oxide (a potent vasodilator), medicines that inhibit it, in turn, cause vasodilation and increased blood flow to the penis. All of this ultimately leads to an improvement in the ability to get and maintain an erection.

Alcohol, on the other hand, is popularly thought to increase sexual desire. But this does not always translate into better sexual performance. In fact, taking more than a few drinks can negatively affect your ability to get an erection in addition to delaying ejaculation.

Effects of Levitra On Sexual Performance

Levitra (vardenafil) is used to treat impotence (erectile dysfunction) in men. Thus, its effects on sexual performance have been studied with a focus on this specific area.

Levitra is taken orally about half an hour to one hour before sexual activity. The pill can be taken either on an empty stomach or after having food, as it does not interact with food. It starts to take effect within the next hour or so, albeit the presence of sexual stimulation is required for the erection to take place. This erection lasts for about four to six hours.

The starting dosage of Levitra required to treat erectile dysfunction is 10 mg, once a day. It is taken on an ‘as needed’ basis and continued daily use for a long time is usually not recommended. The dosage might get increased to generic Levitra 20mg depending on your situation.

Other than affecting penile erection, Levitra does not have a lot of influence on sexual performance. However, some studies suggest that Levitra might increase ejaculatory latency, thus helping to treat premature ejaculation.

Effects of Alcohol On Sexual Performance

Drinking alcohol helps one to relax and is often associated with a better mood. This can be useful if you tend to feel stressed or have inhibitions when it comes to having sex. It boosts confidence and is linked with increased sexual desire.

That being said, the positive effect of alcohol on your sexual performance is limited to one or two drinks. Taking any more than that will start to hamper your motor coordination and result in an unsatisfactory sexual experience.

More than a few drinks of alcohol will dehydrate the body. As a result, most secretions dry out. For instance, women report that their vagina feels drier on taking alcohol.

Additionally, research says that too much booze interferes with your ability to have a proper genital response on exposure to a sexual stimulus. You might find it difficult to get or maintain an erection if you are too drunk. To add to these problems, drinking heavily can lead to premature ejaculation (ejaculation of semen occurring before the sexual act is finished).

Chronic alcoholism, on the other hand, leads to an increased probability of sexual dysfunctions occurring, the most common among which is, again, premature ejaculation. It also reduces your testosterone levels resulting in lowered sex drive (libido). Low testosterone levels can cause your sperm production to falter as well.

Not to mention, chronic alcohol intake has harmful effects on almost every system in the body. All of this impacts sexual performance and overall sexual well-being negatively.

Combined Effect Of Levitra And Alcohol On Sexual Performance

If you are someone who suffers from erectile dysfunction, you have most likely been advised to limit your drinking. Despite that, light drinking is not prohibited. In fact, very light drinking can increase blood flow in your body, specifically in your penis, and cause it to become erect. This is in addition to an increased sexual drive that is often linked with consuming low amounts of alcohol.

Levitra has a similar but more potent and longer-lasting effect on penile erection. Using the pill after drinking a little is, therefore, associated with an overall better sexual experience. The caveat is that drinking more than a couple of shots will erase this positive effect on erection and may instead lead to the occurrence of several side effects which are discussed later in this article.

Can Levitra Be Taken With Alcohol?

Doctors often advise decreasing alcohol use in patients with erectile dysfunction. This is due to the long-term harmful impact on a man’s sexual well-being which is induced by alcohol.

Examples of such side effects include hypotension or low blood pressure. Since alcohol tends to dehydrate the body, overall blood volume can get lowered. Due to this, the blood pressure might fall. Erectile dysfunction pills such as Levitra also decrease blood pressure. A combination of alcohol and ED pills, thus, will result in significantly lowered blood pressure.

Another side effect of erectile dysfunction medication that gets enhanced or magnified with alcohol use is visual disturbance or blurring of vision. This makes certain activities that require proper focus, like driving, unsafe.

Specific drinks also have different responses to erectile dysfunction pills. To illustrate, red wine is not harmful when taken with oral ED medication. Its moderate use is often associated with better lubrication and enhanced sexual desire. On the other hand, a vodka plus grapefruit juice combination will trigger side effects like facial flushing, hypotension, and headaches.

Having said that, Levitra is generally safe to take with alcohol. Several studies show that there are no notable interactions between this drug and alcohol. Proper knowledge of possible side effects that can occur with a Levitra and alcohol combination is, however, important. In addition to that, you should always consult your health care provider for advice on alcohol and Levitra use.

Levitra and Alcohol Comparison: Side Effects

Side effects that can occur or get worsened when using alcohol along with Levitra are:

Alcohol can also increase the effective amount of Levitra in the blood (due to lowered blood volume). Because of this, any side effects associated with the use of this ED pill tend to be amplified. In rare cases, these can have potentially fatal consequences.

Levitra and Alcohol Comparison: Other Interactions

You will find alcohol in the list of harmful interactions of numerous medications. Since alcohol, along with nicotine (tobacco), is the most frequently abused substance in the world, its drug interactions are widely researched as well. Some of the drugs it interacts with include:

In contrast, Levitra is known to have side effects and harmful interactions when used along with the following drugs:

Levitra is a popular medication used to treat not only erectile dysfunction but also premature ejaculation and benign prostatic hyperplasia (BPH or prostate enlargement). Alcohol has a negative impact on all three conditions when taken in large amounts.

Additionally, chronic alcohol abuse is a leading contributor to the above-mentioned conditions. The harmful effects and drug interactions of Levitra and other erectile dysfunction medications are increased manifold when alcohol is mixed with them. Thus, it is advisable to avoid consuming too much alcohol whether in combination with Levitra or alone.

All this and more has been discussed in this article in detail along with a Levitra and alcohol comparison. This information will help you decide whether you need to limit or completely avoid alcohol intake when taking Levitra.