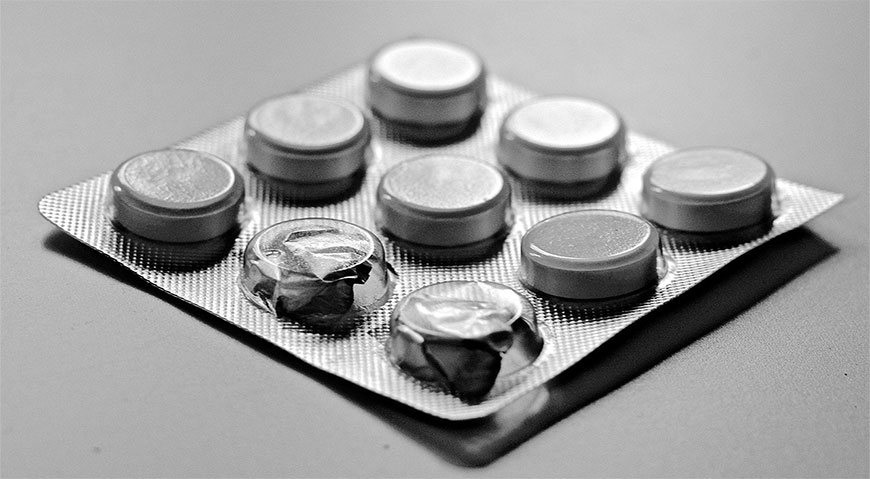 Generic RU486, also known as Mifepristone or Mifeprex, is an oral medication used to induce an abortion during pregnancy. The medication can also be used to treat the symptoms of Cushing’s syndrome, a hormonal condition caused by excess cortisol in the body.

Generic RU486 belongs to a drug class called Antiprogestins and Antiglucocorticoids. First developed in 1980, Mifeprex came into use in the United States in 2000 and is also approved for usage in sixty other countries including the United Kingdom, Sweden, and so on. It is generally used in a regimen with misoprostol, a synthetic prostaglandin medication.

Each tablet comprises 200mg of mifepristone.

Brand names for this prescription medication include Korlym and Mifeprex.

There are many factors that need to be taken into account before using generic RU486. Such as its side effects, how it functions, and any allergic reactions that may occur. In this article, we discuss all of those points.

The most common use of mifepristone is to induce abortion. Typically, it is prescribed in a blend with misoprostol. The medication can end a pregnancy up to 10 weeks or 70 days (after the first day of the patient’s last menstrual period).

Mifepristone is taken orally as a single dosage. A dosage of misoprostol is then taken after an interval of 24 to 48 hours. Ingesting the medication any sooner may cause it to not work.

Two weeks later, the patient has to undergo an ultrasound to ensure that the pregnancy has been terminated successfully.

It is recommended to not insert any objects into the vaginal canal and abstain from sex for at least a week after using this medication. Normal menstrual cycles resume anywhere between four to eight weeks.

Cushing’s syndrome is a group of different symptoms presenting in a patient due to prolonged exposure to glucocorticoids, including:

Mifepristone treats hypercortisolism in individuals who have type II diabetes or glucose intolerance.

3. As An Emergency Contraceptive

Your insurance provider may or may not cover the cost of medical abortion. The medication can cost anywhere around $800 but this can be lower depending on individual patients and what they require.

Side Effects Of Generic RU486

Severe side-effects are uncommon with only 0.4% to 0.9% of users needing hospitalization afterward. These are:

These changes go away with time.

Mild side effects include:

If any of these side effects persist, consult a medical professional is recommended.

Serious side effects include:

A fever higher than 38 degrees Celsius (100.4 degrees Fahrenheit) that lasts longer than 4 hours

In case a patient experiences any serious side effects, it is advised to seek immediate medical attention.

In a post-marketing summary it was discovered that out of 1.52 million women who used mifepristone, 14 died afterward. Causes of death ranged from sepsis to drug abuse.

Mifepristone is a strong glucocorticoid type II receptor antagonist, meaning it antagonizes cortisol action. In patients with Cushing’s syndrome, the medicine is used to treat those unwilling or unable to undergo surgery. It works by binding to the glucocorticoid receptor and blocking the action of excess cortisol in the body.

Also Read: Side Effects Of Progesterone

On its own, mifepristone results in abortion only in 8% to 46% of pregnancies. However, when used with misoprostol, a prostaglandin analog, its efficacy rises to 92%-98% when used during the first 63 days of pregnancy. Within four to five hours of taking the medication, more than 50% of women’s pregnancies will have been terminated.

The dosage has to be higher than 100 mg, as a lower dosage will not work effectively.

It is possible for women to become pregnant after using Mifeprex soon after the first pregnancy is terminated. To avoid another unwanted pregnancy, precautions such as abstinence and using birth control like oral contraceptives or condoms and diaphragms are advised.

Advantages of using Generic RU486 include:

Disadvantages of using Generic RU486 include:

Where To Buy Generic RU486?

Mifeprex is supplied to medical professionals and healthcare providers directly. The drug is prescribed by doctors in clinics or hospitals and administered under supervision with regular follow-ups. Retail pharmacies and dispensaries do not carry it, and it is not legally available online.

These restrictions on Mifeprex and the generic, approved version of Mifeprex fall under the Mifepristone REMS program. REMS means risk evaluation and mitigation strategy. They are put in place to make sure the medication is used safely and under the supervision of medical professionals to minimize risk.

Buying this medication online or from a pharmacy is not recommended considering the numerous health risks it can pose. Obviously, you can buy RU486 if the online supplier is a trusted and reliable source.

The complications that come with taking the medication without consultation can include (but are not limited to) excessive bleeding, an incomplete termination, interference with other medication resulting in major side effects, or sepsis.

Mifepristone should not be used along with prescription or nonprescription medications (over-the-counter) unless they have been cleared by a doctor. Several medicines like cyclosporine, fentanyl, oxycodone, and lovastatin among others should be avoided when using mifepristone. A healthcare provider may alter doses or change medication if necessary.

Women with IUDs (intrauterine devices) should remove them to avoid unnecessary cramping before usage. If the user has been pregnant for more than 70 days (10 weeks) it is not recommended to use Mifeprex. Any users with adrenal gland issues should also avoid this medication.

A porphyria is a group of liver disorders that affect the skin or nervous system. Patients of these conditions should not use mifepristone. Any users of anticoagulants (blood thinning agents) or those with bleeding problems should not take mifepristone. An ectopic pregnancy is when the fertilized egg attaches anywhere outside the uterus. Mifepristone cannot get rid of ectopic pregnancies and can cause rupturing and excessive bleeding if taken in such a situation.

More than a third of abortions conducted at 8 weeks of gestation or less are medical abortions. Depending on your overall health and personal requirements, mifepristone can be a great option for terminating a pregnancy.

Considering that mifepristone generally has minimal negative complications, it may be a good choice for most women. But consulting your doctor about how it may affect your body and the possible side effects you may experience is vital to understand if this is the best choice for you.