20 Most Common Questions About Abortion & Solutions 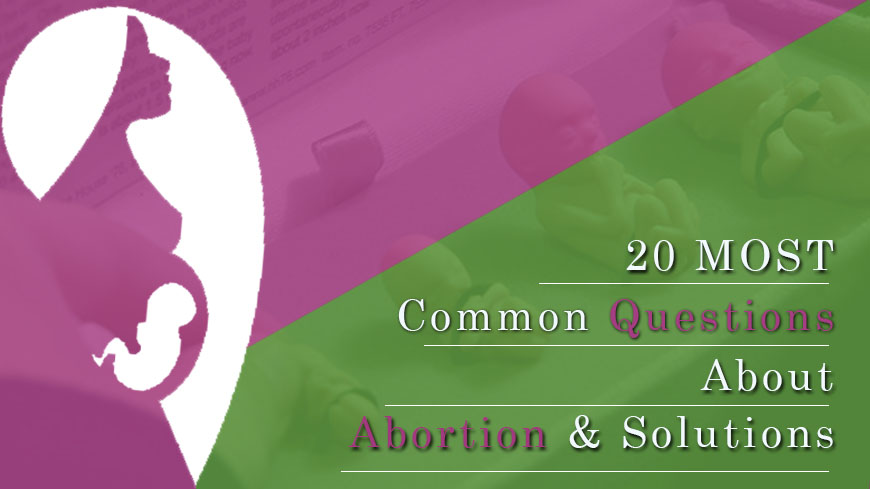 When it comes to abortion, a lot of concerns are raised. Many reports say women undergoing abortion are quite uneasy about the circumstances. That’s understandable as not many people have adequate information about the term abortion as a whole. That’s why we’ve compiled a list of 20 most common questions about abortion.

This shouldn’t come as a surprise, but one of the most searched questions about abortion is what it actually is? Well, here’s the answer. Abortion is known as a ‘termination’ or ‘termination of pregnancy.’ There are two types of abortion: medical abortion (pill-induced abortion) and surgical abortion.

#3. What is Medical Abortion (Abortion Pill) & Its Side Effects?

Medical abortion or a combination of tablets, commonly known as abortion pills, treat the termination process with ease. The doctor administers the usage of tablets concerning time frames. This non-surgical abortion procedure is applicable for women until the end of the 10th week of pregnancy.

After consulting with a doctor, you can easily buy abortion pill online.

The intake of two different pills Mifepristone and Misoprostol (approved by FDA) consecutively helps expulsion of the pregnancy from the uterus.

How Do Abortion Pills Work?

Mifepristone works by blocking a pregnancy hormone called Progesterone. Moreover, it also widens the cervix to stop the development of pregnancy. This widening happens because the fetus gets separated from the lining of the uterus with a rupture that lacks oxygen and requires nutrition.

Misoprostol is a prostaglandin analog that leads to the contractions of the womb and needs to be taken after 2-3 days of Mifepristone pill, and you can buy misoprostol over the counter. In simple words, it causes cramping & bleeding to empty the uterus.

Side Note: You can easily buy Misoprostol as well as buy Mifepristone online (a.k.a. Mifeprex) easily and safely.

Common Side Effects Include:

However, there might be other side-effects apart from the ones mentioned in the list above, but there are fewer chances of severe complications.

The complete administration is to be done under the prescription of the doctor. Never abruptly alter or stop the consumption of tablets until and unless there is advice by the physician.

#4. What Is Surgical Abortion And Its Side Effects?

Surgical abortion is a one-step procedure of pregnancy termination with the help of a small surgery. The calculation for this procedure starts from the day of the last menstrual period to the day of surgical treatment as less than or equal to 14 weeks. The doctor initiates the process by injecting anesthesia or any pain-relieving medications.

Side effects of surgical abortion are common, but short-lasting. Any side effects that you experience will depend on your procedure and anesthetic choice, and can include:

If you start to bleed after cervical preparation, let the doctor or nurse know immediately to take further precautions.

Is abortion safe? That’s one of the most commonly asked questions about abortion on the internet. Here’s a short answer – yes. Abortion, under proper medical conditions, can be a safe procedure. In the USA, any major complications are noted in less than 1% of all abortion patients.

#6. Why Is Abortion Needed?

According to the World Health Organization, abortion is one of the most performed medical interventions in the world.  There are around 56 million women each year who have an abortion for one or more reasons.

The primary cause may be among women in the age group of 20 to 24, with low or no income. Some other reasons are women planning for further education, wanting only one child, etc.

An unplanned pregnancy might sometimes lead to an abortion. However, certain conditions are to be met for a safe abortion. For example, a delay in abortion might lead to a threat either to the child or the mother.

#7. What Are The Cautions For Pregnancy And Its Occurrence?

One of the most frequently asked questions about abortion on the internet is its cautions. To answer it simply, the foremost effect is missing a period that most women conclude pregnancy when sexually active. The common symptoms that occur during pregnancy are nausea, fatigue, and breast soreness.

The ultrasound test can be a significant way to confirm pregnancy with the exact day of its occurrence. However, a pregnancy test can also be used but may not approve the precise date of occurrence unless the woman is sure about the first day of her last menstrual period.

#8. How Much Does An Abortion Cost?

The costs depend on the doctor and healthcare center you visit. There might also be various cost ranges as it depends on the severity of pregnancy.

#9. What If There’s A Pressure For Abortion From The Partner?

The decision is yours to make about whether to continue or end the pregnancy. The decision might not be the same your partner, friends, or family would make.

If you feel that you’re pressured into having an abortion, please let the doctor know. The treatment cannot be continued unless you are sure of your decision.

As part of an abortion appointment, you would have a private consultation before treatment, away from any person who has accompanied you to the clinic. You can talk to the doctor in private and let them know what you are experiencing.

One of the frequently asked questions about abortion is how many women actually go for it. Well, according to a few surveys, on average, one-fourth of the women population go for an abortion at least once in their lives.

#11. What Is An Ectopic Pregnancy?

In general, the Fallopian tubes are designed in a way that they cannot withstand the bulky material and might burst as the egg grows. There are only 1 in 50 pregnancies to be ectopic.

#12. How Is Ectopic Pregnancy Treated?

Any of the below procedures might take place for ectopic pregnancy:

Medication abortion, as explained above, ends a pregnancy that allows termination until ten weeks of pregnancy.

Emergency Contraception (EC) is a method of birth control. It’s recommended to use within 5 days of the intercourse; but the sooner the better. It works by preventing or delaying ovulation.

#14. Do Women Have Delayed Abortions?

Yes, but very rare. While ten weeks of gestation can prevent pregnancy with medicines, with no risk, estimation of around 10% of abortions is between 10-12 weeks of pregnancy. The reasons might include changed life circumstances, delayed knowledge of the pregnancy, or fetal anomaly.

#15. Do Women With HIV/AIDS Face Issues Of Unsafe Abortions?

HIV/AIDS is due to the weak immune system when having sexual contact with the partner. So, women with HIV/AIDS need to be keen to go through an abortion.

The doctor is the best guide to suggest whether or not to have an abortion.

With the laws allowing a safe abortion for women provided proper reproductive health, even the ones with HIV/AIDS are recognized to get the pregnancy removed if they wish.

#16. Are There Any Chances Of Breast Cancer After An Abortion?

No, having an abortion will not increase your risk of developing breast cancer. The WHO has published data showing there is no link between abortion and breast cancer, and no increased risk.

#17. Do People With Children Choose Abortions?

No major surveys prove a precise number. But estimates calculate 6 in 10 women having one child get an abortion. Also, 3 out of 10 choose abortion if they have two or more children.

#18. Is There A Particular Age Group With Most Abortions?

One of the most asked questions about abortion is the age group of the populous. Most women between the age group of 20 to 30 opt for abortions for different reasons according to several surveys.

#19. Does Abortion Cause Depression, Or Infertility?

No research or study proves abortion in women increases the chance of depression or impacts on future fertility.

#20. Are There Cases Of Abortions That Associate With Religion?

No official calculations have been noted globally with abortions based on religion. But, few sources report some communities or groups of people oppose abortion for their customs or beliefs.

There you have it; 20 most commonly asked questions about abortion on the internet. Was your question in the list? If not, ask us in the comments below & we will provide a satisfactory answer as soon as possible. 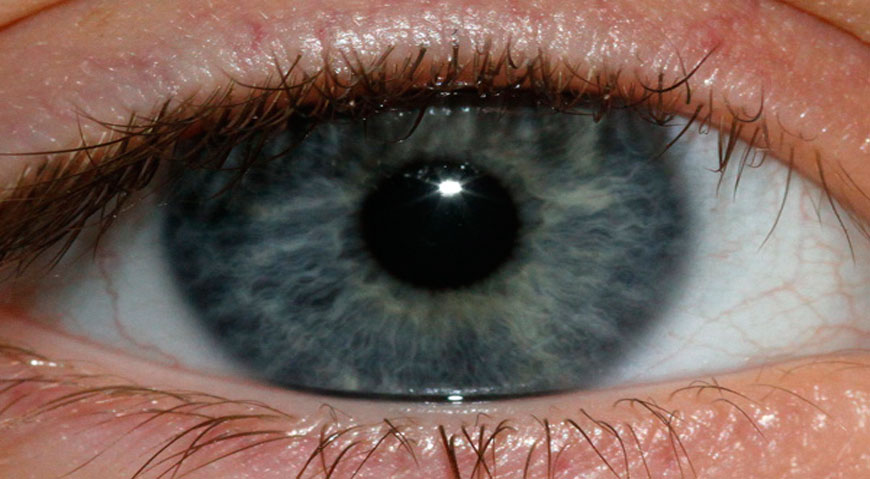 What Are Watery Eyes? Our eyes are the most valuable... 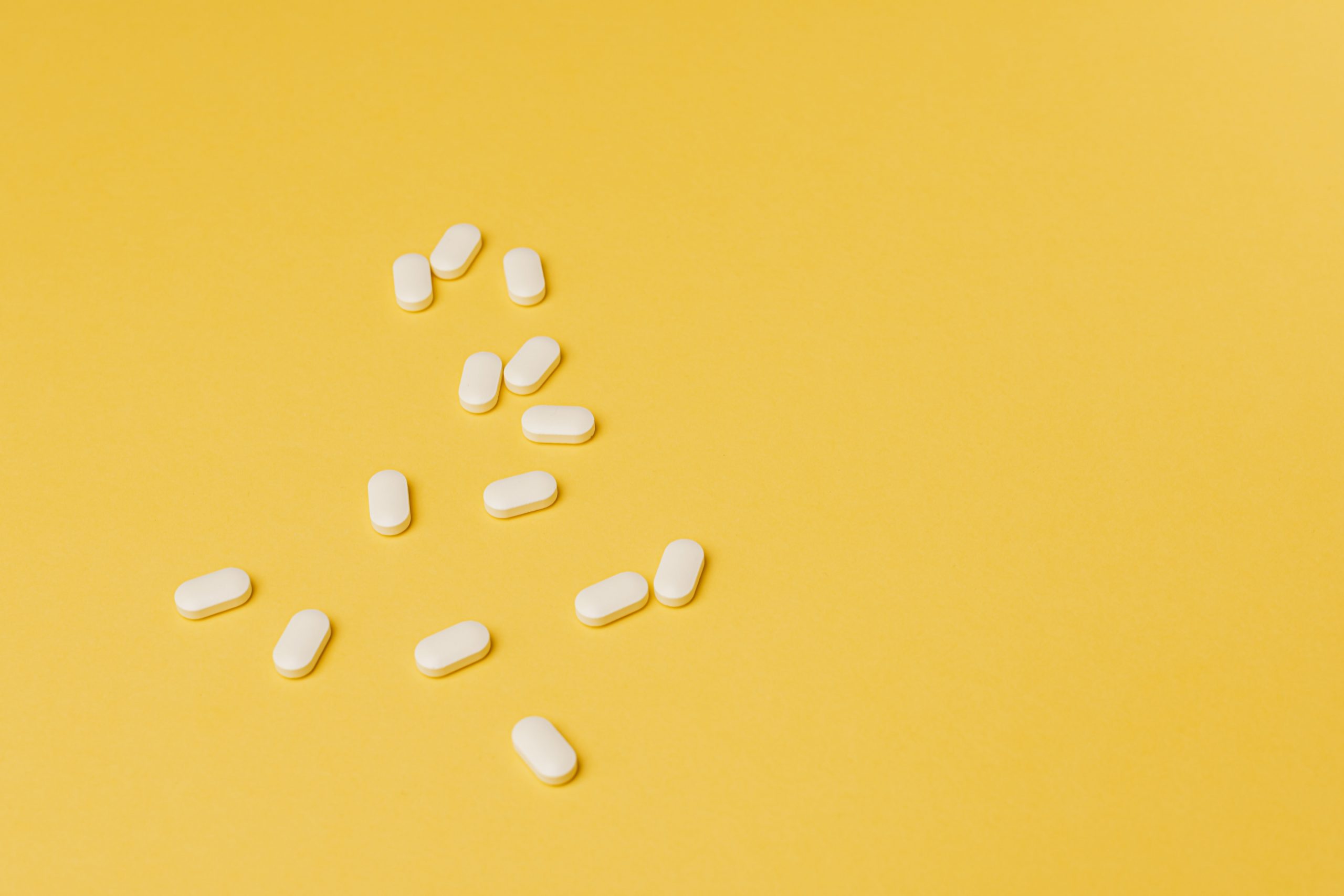 Cytotec vs Pitocin - in this article, we'll make a... 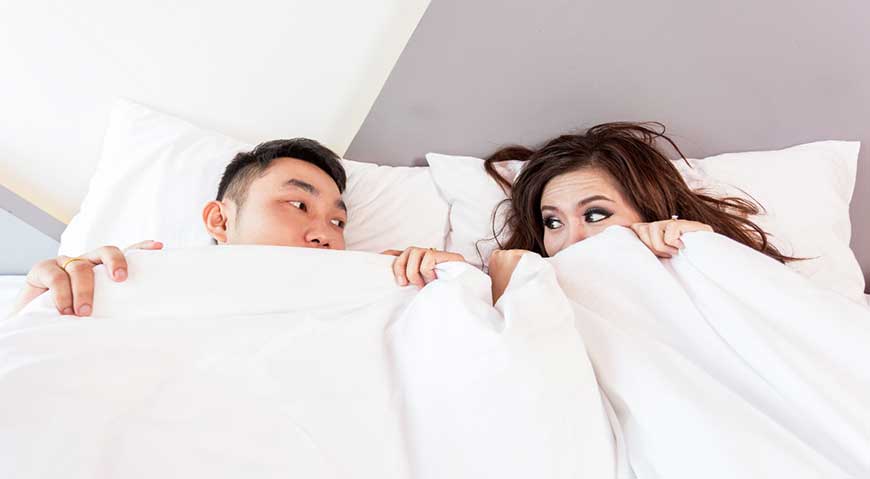 In this article, we'll discuss a bunch of everyday habits...