What Are The Best Medicines for Narcolepsy Treatment? 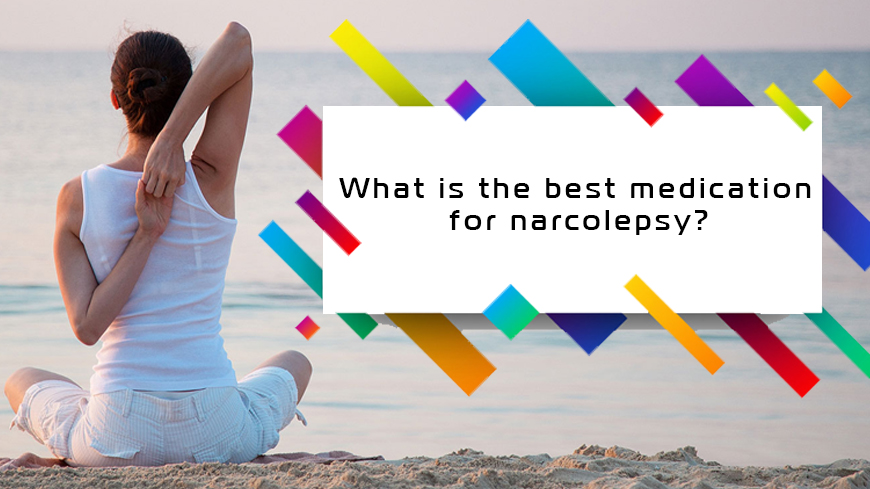 If you’re looking for information on what Narcolepsy is & the best medicines for its treatment, this article will clear everything up.

Narcolepsy is a chronic sleep disorder that is characterized by sleep paralysis, excessive daytime sleepiness (EDS), loss of muscle tone (Cataplexy), and other sleep-related problems. An individual’s sleep and wake cycle gets immensely messed up and goes out of control.

Patients who have been diagnosed with Narcolepsy, suffer from a quick change in their state of sleep.

An example would be how fast they enter the REM sleep state. They take less than 15 minutes to enter a sleep state where their eyes move rapidly due to dreams, while asleep. Whereas, an ordinary person would take up to 90 minutes to switch to REM sleep mode.

Sleep-related issues such as absurd nightmares while awakening or falling asleep, disturbed night-time sleep due to unintended naps at daytime and hallucinatory experiences need to be curbed for a healthier lifestyle.

The core therapy for these Narcolepsy related symptoms is medication. With adequate and optimized medication plans, patients can expect a major improvement in all of the sleep disorder related problems mentioned above.

It is not possible to completely cure a person of Narcolepsy but curbing the negative effects can be substantially helped with the administration of the right medicines.

However, the goal is to take medicines that improve symptoms and come with the fewest side effects.

Below, we have curated a list of common pharmaceuticals for reducing the effects of Narcolepsy.

Typically 10 mg to 20 mg doses are to be taken twice a day. These medicines directly impact the Central Nervous System by increasing the availability and activity of neurotransmitters such as dopamine and norepinephrine; making it one of the best medicines for Narcolepsy treatment.

Some common effects are headaches, reduced appetite, nausea, and insomnia. As these neurotransmitters are usually reabsorbed by the brain neurons, Ritalin blocks the reabsorption and lets them do their role for a prolonged period of time.

In rare cases, this medicine has a high abuse potential due to its brain-stimulating effects.

Psychosis, heart attacks, unstable heart rhythm, and seizures could arise in some situations. Methylphenidate is the generic name for this type of drug.

Such medicines include the Selective Serotonin Reuptake Inhibitor (SSRI) Prozac, Tofranil, and Anafranil.

These medicines are used to suppress the chance of falling into REM sleep quickly.

Serotonin is the neurotransmitter tasked with transmitting signals between nerve cells. As and when a few signals are transmitted, the Serotonin is reabsorbed by the brain. SSRIs blocks this absorption and lets serotonin keep flowing to maintain concentration and longer uninterrupted sleep cycles.

Antidepressants can also help increase the number of brain cells and improve memory retention. 20 mg to 100 mg doses should be consumed every morning.

This form of medication is consumed orally via a pump or 5 mg to 20 mg tablets.

Patients suffering from type 1 or type 2 Narcolepsy are often prescribed to consume one dose every morning. It has positive effects on the Excessive Daytime Sleepiness (EDS) disorder.

Pitolisant works as a histamine receptor adversary by drastically reducing the reabsorption of Histamine back to where it came from. It promotes an increase in the synthesis and release of histamine. This promotes wakefulness as histamine is a neurotransmitter responsible for high levels of concentration due to its release in the hypothalamus.

After successfully studying the sleep reducing impact on the histaminergic neurons in the brain, the Food and Drug Administration has declared Wakix safe for consumption.

This is the type of medicine released in the US that works wonders on both, EDS and cataplexy patients (with Narcolepsy).

Xyrem is a Central Nervous System (CNS) depressant. This is used for treating daytime sleepiness in patients who have been diagnosed with Narcolepsy. It is a sodium salt of Gamma Hydroxybutyric Acid (GHB).

This stimulation has outcomes such as relaxation, anti-anxiety effects, and undisturbed sleep cycles when one is asleep.

If you experience bedwetting, feeling intoxicated, uncontrolled shaking and shivering, numbness, swelling of the arms, ankles, feet – you must immediately visit a doctor for consultation.

The main issue with this drug is that it has a high abuse potential, which is why it is not approved by the FDA.

This is a scheduled IV controlled substance.

Solriamfetol uses a Dopamine and Norepinephrine reuptake inhibitor (DNRI) to enhance wakefulness and distance the possibility of random sleep. This blocks the transferring of wakefulness-promoting neurotransmitters back into the brain, thus leaving a larger number of active neurotransmitters in the brain.

Due to the long-lasting effect of dopaminergic and other such neurotransmissions, people suffering from Obstructive Sleep Apnea (OSA) and excessive sleepiness combined with narcolepsy go through treatment and an uplifting process.

Possible side effects of consuming Sunosi are nausea, anxiety, insomnia, loss of appetite, and headaches.

It must be used with precaution when prescribing to patients with a history of bipolar disorders, and unstable blood pressure and heart rate.

Taking 75 mg doses once in the morning proves to be sufficient to go through an entire workday without any disruptions and drowsiness.

Although taking medication is the only solution to curbing the effects of Narcolepsy. One must take into consideration factors that can adversely affect their health.

These factors could be drug interactions, history of health issues, and side effects of the consumed form of medication.

Tricyclic Antidepressants (TCAs) are known to cause changes in mood, sexual dysfunctionality, and nausea. Also, people who consume TCAs should be cautious of attaining “rebound cataplexy”. This occurs only when complete doses and medication cycles are not followed as per schedule.

The continuous ongoing and extensive research on Narcolepsy is helping doctors understand how the wake/sleep cycle is activated and how REM is regulated.

The results of this research lead to the innovation of new medicines targeting specific neurotransmitters and chemicals in the brain focussed on burgeoning brain activity and awareness.

Modafinil, Armodafinil, Adderall, Dexedrine, and Vivactil are some of the best medicines for Narcolepsy treatment.

This list of pharmacological treatments mentioned in this article also has the capability of producing side effects, which is why treatment must be tailored to each individual patient.

Due to the presence of side effects, some people dislike taking larger doses of stimulants and settle with napping a couple of hours to relieve the effects of EDS.