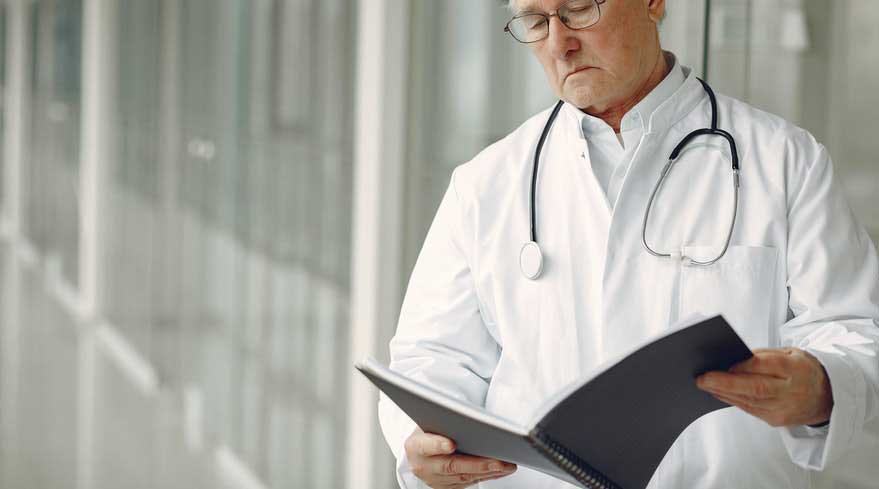 Vasectomy is a permanent method of birth control for men.

In this procedure, each of the two vas deferens is cut and tied. The entire process is very quick and constitutes a small operation.

Vasa deferentia (plural of vas deferens) are tubes that carry sperm away from the testes and into a man’s penis.

It results in the man having no sperm in his testes. This ensures that no sperms reach the female genital tract and there is no chance of pregnancy.

Both vasectomy and tubectomy (cutting and tying of the female fallopian tubes) are terminal methods of birth control. This means that once you get them done, there is little to no chance of reversal.

It is perfectly normal to feel a bit anxious when you think about getting a vasectomy. Even so, the only way to get rid of the nerves is to obtain proper information.

In this article, we shall look at the various types of vasectomy, its effectiveness, side effects, and related FAQs.

Vasectomy involves cutting and tying the cut ends of the vas deferens.

Three main types of vasectomy are performed by doctors to achieve male sterilization. These are:

Conventional vasectomy is so-called because it has been the standard procedure ever since surgical methods of sterilization first came about.

Since it involves the use of a surgical knife or scalpel, it is also known as Scalpel Vasectomy.

In this method, a scalpel is used to make one or two small incisions on one side of the scrotum (a thin-skinned pouch that houses the testicles). The physician then locates the vas deferens, lifts it through the incision, cuts it, and removes a small piece of it.

Next, the newly cut ends of the vas deferens are tied, sealed with surgical clips, or cauterized. Having sealed the ends, the vas is returned to the scrotum and the scrotal incision is closed using dissolvable sutures.

The same process is repeated on the other side of the scrotum as well.

It is simple and quick. The entire procedure takes around thirty minutes to finish.

As the name suggests, this method does not involve the use of a scalpel. Instead, the doctor uses a specially designed ringed clamp to hold and expose the vas deferens. A tiny puncture is made in the scrotum and the vas is pulled through it.

Once the vas is outside, the next steps are the same as in conventional vasectomy.

Since the hole made in the scrotum is too tiny, stitches are usually not required.

Not only does this method eliminate scarring, but it also results in little to no bleeding. Hence, it is associated with faster healing and fewer complications while being just as effective as the conventional type.

Both the procedures described above require the use of injections (or needles) to deliver a local anesthetic to the scrotum before starting the operation. An anesthetic numbs the tissues and allows for painless surgery.

No-needle vasectomy differs from no-scalpel vasectomy in the technique of delivering anesthesia.

In this approach, the physician sprays an anesthetic directly onto the scrotal skin, instead of injecting it. The rest of the process is the same.

Which One’s The Best?

All three types of vasectomy are equally efficient and effective at achieving permanent contraception. Also, none of the methods offer a clear advantage in terms of reversibility.

Having said that, no-scalpel vasectomy is currently the preferred method of surgical sterilization for males in several countries.

This is due to the following reasons:

Concerning ways to anesthetize the surgical site, if you are someone with anxiety issues or are simply averse to needles, your physician may suggest the no-needle approach to you.

The success rate of a typical procedure is usually around 99%, which is a remarkably high number.

As compared to tubectomy in women, vasectomy tends to be safer, more cost-effective, as well as quicker. Besides, it also carries a lower risk of complications.

To verify that the procedure has been a success, your doctor will recommend you to get one or two semen samples tested for the presence of sperms.

Occasionally, it may take up to 6 months after the surgery to get rid of all the sperms.

Side Effects Of Vasectomy

Although vasectomy is a fairly safe and uncomplicated procedure, some people might experience pain and other side effects.

Experiencing some discomfort and pain after the surgery is normal and usually lasts for a few days post-procedure.

To relieve the pain, consider taking pain killers, such as ibuprofen.

While the procedure is minimally invasive, the site of the incision can get infected. Signs that your surgical wound is infected include pain, swelling, and redness in the area.

Your physician will prescribe antibiotics to deal with the infection.

The most common site for bleeding after vasectomy is from the edges of the incision. This will usually resolve quickly. Applying a band-aid is sufficient to check the bleeding.

A little bruising and discoloration in the scrotum are to be expected following a vasectomy.

You can apply ice packs to the scrotum to quickly reduce the bruising.

If you have unprotected sex too soon after a vasectomy, there are chances that it might cause pregnancy.

Long-term side effects are extremely rare. They include chronic scrotal pain, vasovenous fistula, delayed surgical failure (cut ends of vas deferens grow back together), spermatocele (a cyst in the tube that collects sperm), and hydrocele (collection of fluid in the scrotal sac).

If these occur, it is advisable to go see your doctor.

Immediately following the procedure, you will be asked to rest at the doctor’s office for a short time. The incision/s will heal in a few days with little or no scarring.

To gain a quick and healthy recovery, you should:

Do vasectomies protect against STDs?

No, a vasectomy does not protect against sexually transmitted diseases. You will have to use condoms to avoid contracting STDs.

Usually not. A vasectomy is a terminal method of contraception. None of its types guarantee a more successful reversal over the others.

You should carefully weigh your options of birth control before proceeding with getting a vasectomy.

Will I be able to ejaculate after a vasectomy?

Yes, ejaculation is composed of sperms as well as semen. A vasectomy will remove the sperms, but the semen will be unaffected.

Vasectomy is a very effective form of birth control.

Having read about the types of vasectomy, the risks involved, the side effects that can arise, and the recovery, you can decide whether or not to get it done, and which one you should opt for.