Sex Drive Killers: What Are The Major Causes Of Low Libido 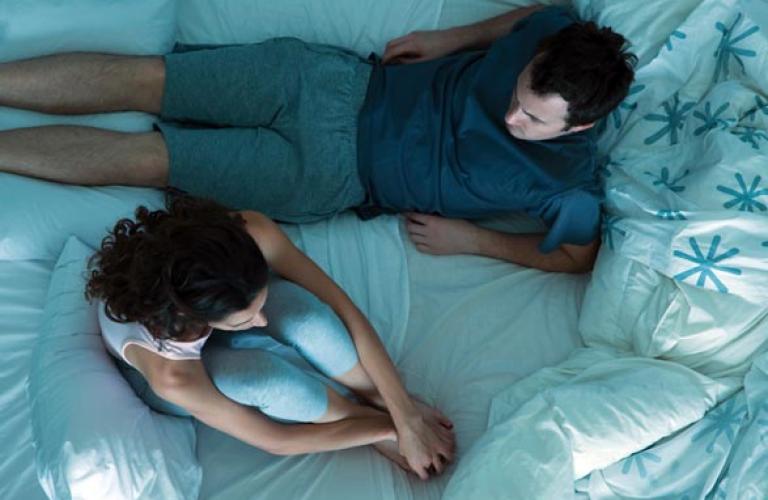 This article, will list down the various observed causes of a low sex drive. Along with the common sex drive killers, some possible solutions and treatments will also be discussed.

Sex drive, or libido, is the term used to refer to one’s urge to satisfy their sexual needs. A low sex drive may lead to reduced sexual desires and eventually, issues with mental and physical functioning. It may even be indicative of a potential health problem.

In most cases, a low sex drive is not something to be worried about. A few fluctuations can be tolerated but they should not be neglected. It is essential to know the causes and risk factors involved.

When one is stressed for extended periods, the body tries to cope by releasing a stress hormone called cortisol. This hormone and testosterone have the same precursor. Therefore, the production of excessive cortisol suppresses the testosterone in a man’s body.

Since testosterone is a sex hormone significant to both genders, it leads to a lowered sex drive in men and women alike. Hence stress is considered as one of the major sex drive killers.

Medications or drugs taken to treat severe medical conditions can have adverse effects on one’s sex drive. Here are some medications that might impair sex drive:

Chronic alcohol consumption and drug abuse can severely impact sperm health in a man by inhibiting testosterone production. This can cause a lack of desire or interest in sex.

In women, substance abuse can cause fairly mixed impacts on sex drive. Unlike men, women do not experience any clear biological issues like ejaculatory or erectile dysfunctions. In some cases, women report a higher sexual desire after consuming alcohol. However, research suggests a negative physiological effect and therefore, reduced pleasure.

Testosterone is a vital sex hormone produced in both men and women. It is chiefly responsible for the physical and reproductive changes in men at puberty. It also plays a vital role in stimulating sex drive.

Low libido or loss of sex drive is usually observed when testosterone levels are not enough.

Relationship issues can also contribute to a low sex drive, and vice versa. On one hand, the two partners need to feel emotionally connected. If that emotional satisfaction is lacking, it is bound to cause a plunge in sexual desires for one another.

Other than that, poor communication, trust issues, betrayal, constant criticism, and conflicts may result in a reduced sex drive as well.

However, erection problems have psychological impacts which affect sex drive in men. For instance, men may feel anxious and embarrassed. Hence, they may not want to indulge in sexual activities.

To buy generic 100mg viagra online which can help in ED Problems at a cheaper price, please visit our website.

In women, obesity can cause Polycystic Ovarian Syndrome (PCOS), which impairs sexual functioning. Also, obesity has been linked to high cholesterol, hormonal imbalance, and erectile dysfunction in men as well.

Hypogonadism is the medical term for when the sex glands in the body don’t function properly. Also called gonad deficiency, the condition results in little to no release of sex hormones. A common side effect is a low libido.

This disorder can be observed in people of all genders and any age group. However, the causing factors of hypogonadism are ambiguous.

In teenagers, this condition is diagnosed when they face issues with puberty. For instance, girls may not menstruate and may not develop secondary sexual characters. In boys, it might be seen as abnormally developed testicles.

Sex drive highly varies with age in both genders. In the 20s, both men and women experience high sexual desires because of the constant hormonal changes. This period is often considered the peak of sex drives.

In most men, these high sex drives persist even in their 30s and 40s. A typical decrease may be seen from the age of 35 but only in a few cases, a severe plunge is reported.

Women in the age group of 27-45 experience intense sex drives. However, a few fluctuations may be seen during pregnancy in this period.

As men age 50 and beyond, a lowered sex drive is normal. But it is important to note that it is usually seen due to certain health problems and not necessarily due to the age factor. Women, however, undergo menopause and acute hormonal changes leading to drops in libido.

For people who have a sedentary lifestyle, exercising regularly can aid sex drives. They may attain better physical health and subsequently, increased sex drives.

However, one caveat is that exercise should never be overdone. It will not just undo any positive impacts, but will further be detrimental to one’s libido.

This is because working out to the point of exhaustion can damage muscle. After such gruelling workout regimes, the body will have to utilize all of its energy for muscle repair.

The body may go into panic mode and blood will rush to such muscles. In such times, the sex hormones may be suppressed, further lowering the sex drive.

Remember, moderate exercise is the key to a high sex drive.

Self-esteem issues paired with poor body image can significantly reduce one’s urge for sexual activities. It is more of a psychological factor but is surprisingly common among young adults.

For many, abstaining from sex completely is a way to escape the feelings of self-consciousness. Some even fear rejection and thus, it contributes to a lower sex drive.

Sleep Apnea is a potentially dangerous sleep disorder. It involves episodes of stopped breathing during sleep. Subjects may abruptly wake up and may gasp or even choke.

This condition, along with many others, when left untreated negatively affects sex drive. It leads to insufficient sleep and thus, fatigue. Additionally, it also causes decreased blood flow that has been linked to erectile dysfunctioning in men.

To boost one’s libido, it is suggested to take up a natural approach to the situation. Some of these include:

Hence, it is important to be aware and put in the effort to improve one’s sex drive. However, consulting a doctor, in any case, is also advisable.