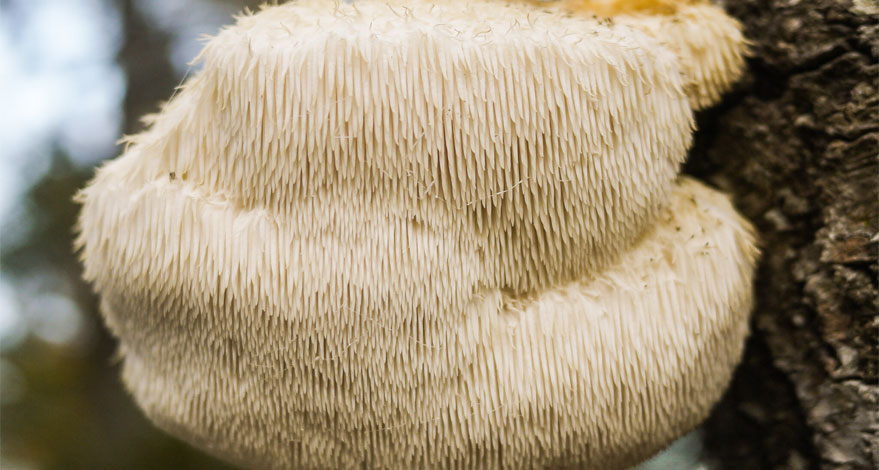 Lion’s mane or hericium erinaceous is a mushroom that grows on the trunks of hardwood trees. They have a large, white, and hairy appearance that gives them a resemblance to a mane of a lion. They are used for cooking and traditional medicine in Asian countries like China, Japan, and Korea.

The medicinal mushroom is widely available as a supplement. They have a bioactive substance that has beneficial effects on the body, particularly the heart, brain, and gut. The fruiting body and the root-like part of the mushroom have various cognitive and immune-boosting potentials if appropriately extracted.

The mushroom has been used for more than 1000 years in traditional Chinese medicine (TCM). It has been prescribed for stomach complications and cancer of the digestive organs. Traditional Chinese and Japanese people would utilize it for fortifying the spleen and nourishing the gut.

In TCM, Lion’s mane has been described as being nutritive to the 5 internal organs, including the lungs, liver, kidneys, spleen, and heart. It also states that the fungi promote general vigor and strength.

It is a treatment for ‘Qi’ deficiency in TMC. Qi is referred to as the life force or the life energy that flows within humans. The mushroom has a positive influence on the central nervous system. Hence, it can medicate insomnia and weakness. Both of these symptoms are characteristics of Qi deficiency.

While traditional Chinese medicine has established that it can be used for a wide variety of health issues, some other benefits have been studied in detail:

Declining brain health is one of the few symptoms of aging. Old age is naturally characterized by slow cognitive functioning, but the brain may start to slow down right after attaining middle age.

These compounds are proteins that stimulate the creation of new cells and strengthen the existing ones. NGF plays a crucial part in forming myelin, the sheath around nerve cells that aid brain cells in their work. BDNF helps in increasing brain plasticity. This makes the brain cells stay robust against stress or aging.

Lion’s mane is not used as a direct treatment for depression and anxiety. Instead, they may ease mood disorders by reducing inflammation.

There are many causes of mood disorders, but chronic inflammation can play a significant part in their surge. The mushroom has anti-inflammatory properties, that consist of reducing the production of inflammatory proteins.

It can be used for enhancing focus too. The reduction in inflammation improves blood flow to the brain, hence providing it more oxygen. Oxygen is positively linked to brain performance. The antioxidant nature of the fungus also encourages learning and memory.

Neuroregenerative refers to the generation of nervous tissues. These tissues form the body’s nervous system, which consists of the brain, spinal cord, and the nerves that travel through the body.

Injuries to the nervous system can be fatal. Since it is responsible for controlling almost every bodily function, damage to it may cause paralysis or loss of mental capacity, which takes a long time to restore. Here is when the mushroom’s neuroregenerative powers come to play.

Lion’s mane mushroom extract can help in speedy recovery from these injuries by stimulating the growth and repair of the nerve cells comprised in the nervous tissues. It could also prove to reduce the harshness of brain damage after a stroke.

An increase in the production of gastric acid while reducing that of gastric mucus gives rise to the threat of ulcers. These ulcers can form anywhere in the tract, including the stomach and the large and small intestine. It results in the perforation of the stomach lining, eventually leading to bleeding within the tract.

Pharmaceutical drugs used to limit the secretion of the acid can cause side effects. Lion’s mane is amongst the many natural remedies that mitigate ulcers. It activates the mucus barrier and prevents free-radical damage in the tissue by quenching the free radicals.

The extract can also prevent alcohol-induced stomach ulcers. People suffering from inflammatory bowel diseases like ulcerative colitis and Crohn’s disease can find relief in the use of Lion’s mane.

Many health complications can be responsible for the risk of heart disease. These include obesity, high oxidized cholesterol, high triglycerides, and increased chances of blood clots. Lion’s mane extract is shown to heal some of these factors, thus reducing the risk of endangering the heart health.

It prevents the oxidation of cholesterol in the bloodstream. Oxidized molecules tend to attach to the artery walls, and the build-up could subsequently lead to a heart attack or stroke. The extract also contains a compound called hericenone B. It is responsible for decreasing the clotting rate within the bloodstream.

Also Read: How To Lower High Level Of Triglycerides

Like most medicinal mushrooms, Lion’s mane is rich in beta-glucans and polysaccharides that support immune functioning. This happens via its promotion of antimicrobial activity in the gut and anti-cancer activity.

The consumption of Lion’s mane influenced insulinemic and blood sugar responses. Blood sugars are lowered by blocking the enzyme alpha-glucosidase, which breaks down carbs in the small intestine.

The mushroom is commonly sold as a powder form of supplements. However, it is recommended to choose a water-alcohol based extract to optimize the benefits of the neurological and immune system support.

Depending on the supplement’s quality and concertation, the general dosage could be anywhere between 250 mg to 500mg. It can be administered once or twice daily. It is recommended to combine it with herbs like ashwagandha, ginkgo, and bacopa for attaining excellent cognitive support.

Preparing meals with the mushroom is common in China and Japan. It can also be enjoyed raw, dried, or by steeping it into tea. The cooked flavor is often described to be similar to seafood, especially crab or lobster. It is not uncommon to see it as one of the constituents of vegan or seafood substitutes.

Consuming Lion’s mane can be suggested to cure dementia and Alzheimer’s patients due to their brain health benefits. There have been no side-effects of its daily use, although people allergic or sensitive to mushrooms should not use it.

Also Read: Lifestyle Changes To Reduce The Risk Of Dementia

Chronic conditions should not be treated with Lion’s mane before being consulted by the doctor. Incorporating it as an ingredient of daily cooking would slowly show its benefits on overall health.