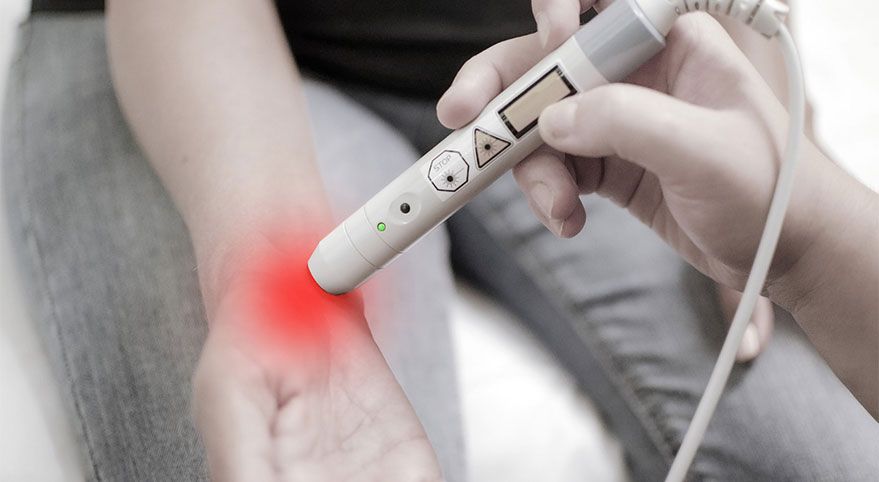 Inflammation is a defense mechanism developed in the bodies of most living organisms. It is a response triggered by the damage of living tissues by an intruder. This intruder can be an object that has wounded the person, an irritant, or a pathogen. There are times where the body perceives its cells to be harmful, and inflammation occurs.

Depending on the duration and the causes of inflammation, it is categorized in the following two ways:

This type of inflammation lasts anywhere between two to four weeks. The symptoms can be severe, and it occurs due to the body’s attempt to restoring its health after the injury or disease has healed or reduced.

If the response lasts for more than six weeks, then it is chronic. It is less severe when compared to acute inflammation. The inflammation does not reduce even if the injury or disease has healed.

It can also occur without an external intruder attacking the body. This is usually an indicator of autoimmune diseases, and can also be brought on by long-drawn stress.

The symptoms do not mean to cause the body harm. Instead, they occur because of the body protecting itself. However, there are many cases in which this protection is over-done, and it results in the body being a victim of itself.

5 cardinal symptoms immediately point out the presence of inflammation. They are:

The levels of pain would be high in the affected area, in case of an injury. Joints and muscles can also be under strain in case of some other inflammation reaction.

The body is highly sensitive, and there are chances that it would hurt only if the area affected is externally touched. The pain occurs due to a chemical reaction initiated by the inflammation that affects a particular area’s nerve endings.

Blood flow increases in the inflamed area, because of which the blood vessels are filled with more blood. It makes the skin of that specific part-turn red and looks as if it was injured.

Due to the increased blood flow, the patient would also feel warm to the mildest of touches. Fever can be triggered by inflammation taking place in the majority of the body, as a response to an illness or infection.

Swelling is a well-known and quickest sign of inflammation. Fluids accumulate in the tissues of the inflamed area, or throughout the body. It consists of proteins, white blood cells, platelets, and other bodily fluids, which the system sends to protect or heal the influenced part.

It may get difficult to move joints, breathe easily, or there may be a loss of the sense of smell. Numbness can also be experienced in related or unrelated parts of the body.

Usually, inflammation is triggered due to an external factor attacking the body. But the reason can differ according to the type of inflammation being experienced by the individual.

The primary causes of inflammation belong to the acute category. As mentioned before, the roots can be anything among:

If the causes of acute inflammation are left untreated, they give rise to chronic inflammation. But there might be other causes too, such as:

Reoccurring acute inflammation may also be the cause. But there are some cases where chronic inflammation is not a sequel of the acute one; it arises as an independent response, usually for diseases like tuberculosis and rheumatoid arthritis.

Inflammation should naturally reduce on its own once the external ‘attack’ is passed over. But if it gets unbearably severe, or continues for a long duration, many treatments are available. They range from natural remedies to heavy-acting drugs, depending on the severity of the inflammation.

Dietary and lifestyle changes can do wonders with removing inflammation triggers and reducing chronic inflammation. Here are some non-prescription steps that the affected person can take:

Certain herbs that are readily available in everyone’s pantry can be incorporated in meals or one can simply purchase herbal supplements. A few suggestions are:

The below-listed food items are loaded in natural oxidants, polyphenols, and other non-inflammatory compounds:

Edibles having a high glycemic index promote inflammation in the body. Sodas, fructose corn syrup, and refined carbs should be consumed in limited amounts only.

Conventional drugs aid in getting a significant amount of control over severe inflammation. They reduce the risk of long-term damage.

Commonly dubbed as ‘painkillers’, NSAIDs consist of drugs like ibuprofen, naproxen, and aspirin. They inhibit a significant enzyme that contributes to inflammation and helps to alleviate pain. Long-term use can have severe side-effects, hence consulting a doctor about them is necessary.

Some hormonal steroids like cortisol prevent several mechanisms involved in inflammation. They are available in the forms of creams, pills, injections, and as an inhaler.

Atorvastatin (Lipitor), Fluvastatin (Lescol XL), and Lovastatin (Altoprev) are some of the statin drugs available in the market. They lower numerous circulating and cellular biomediators of inflammation.

Commonly used as the first-line treatment for type 2 diabetes, metformin is sold as Glucophage. It improves chronic inflammation through metabolic parameters and has a direct anti-inflammatory action in the body.

Chronic inflammation can be ‘hidden’ without any signs that set it apart from acute inflammation. A blood test can be conducted to determine its presence.

There have been instances where people have experienced inflammation in repeated short spurts, that cannot be categorized under the main subtypes. In such matters, a doctor’s immediate consultation is needed, as unnecessary treatments prove more harmful than beneficial.