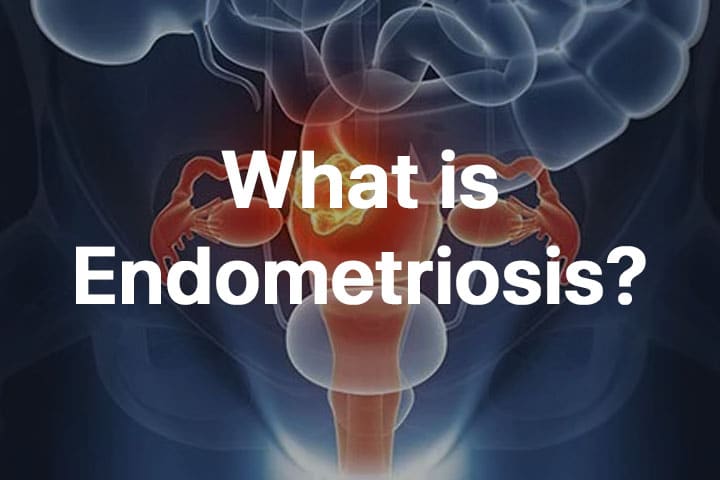 When the endometrium, the tissue that usually lines the interior of a woman’s uterus, grows outside of it, it is known as endometriosis.

This tissue behaves similarly to uterine tissue during your menstrual cycles, breaking down and bleeding at the end of the cycle. But since there’s nowhere for this blood to go, it is possible that the surrounding areas could become inflamed or swollen.

While the tissue is not cancerous, it has the potential to cause scarring and adhesions. It can obstruct the fallopian tubes, causing cysts to form as a result of the trapped blood. Tissue fusion also may result in changes to the reproductive organs.

Who Can Get Endometriosis?

Endometriosis can affect any woman in the menstruating age. Endometriosis is more common in women between the ages of 25 and 40, but it can also affect women younger than that. Some women may experience this disorder after menopause, but this is a rare occurrence.

A variety of factors determines the stage of the condition.

Presence of lesions or wounds on the ovary, as well as shallow endometrial implants. Inflammation in or around the pelvic cavity is also possible.

Light lesions and shallow implants on the pelvic lining and ovary may be present.

Additional lesions may accompany deep implants on the ovary and pelvic lining.

Deep implants on the pelvic lining and ovaries are the most severe stage of endometriosis. Lesions on the fallopian tubes and bowels are also possible.

Pelvic pain is the most common symptom of endometriosis and is also associated with menstrual cycles. While many women experience cramping during their cycles, those who have endometriosis report pain that is much worse than normal. Keep in mind, endometriosis can be difficult to diagnose as many other medical conditions have similar symptoms.

Some of the symptoms include:

Endometriosis can be classified into three forms depending on where it occurs:

This is the most common type in which the peritoneum, a thin film that covers the pelvic cavity, develops lesions.

These are dark, fluid-filled cysts, also known as chocolate cysts. They form deep in the ovaries and are resistant to treatment. As a result, they can cause serious damage to healthy tissue.

This form develops underneath the peritoneum and can affect organs close to the uterus, such as the bowels and bladder. It affects between 1% to 5% of women who have endometriosis.

The body sheds the uterine lining during a regular menstrual cycle. This helps menstrual blood flow from the uterus to the vaginal canal through the narrow gap in the cervix. The precise cause of endometriosis is unclear, though there are many theories about it, none of which has been clinically proven.

In response to the menstrual cycle hormones, they begin to rise, thicken, and bleed over the menstrual cycle. Menstrual blood may also leak into the pelvic cavity via surgical scars, such as those left behind after cesarean delivery.

While there is no cure for endometriosis, the symptoms can be managed. Medical and surgical options are available to help manage your symptoms and any complications that might arise.

The doctor may recommend conservative treatments first. If the condition does not improve, they can prescribe surgery. Everyone responds differently to these treatment options. The doctor will assist you in determining which option is best for you.

Mentally, this condition can be challenging to manage because of fertility problems, bodily discomfort, and the feeling that there will be no relief.

Some treatment options include:

Ibuprofen and other over-the-counter pain relievers are helpful though they may not always be successful.

Hormonal contraceptives reduce fertility by stopping endometrial tissue from growing and accumulating every month. In less severe cases of endometriosis, birth control pills, patches, and vaginal rings may minimize or even relieve pain.

It is effective in preventing menstruation. It prevents endometrial implants from growing and helps to alleviate pain and other symptoms. However, due to the possibility of decreased bone production, weight gain, and, in some cases, an increased incidence of depression, it is not usually referred to.

Gonadotropin-releasing hormone (GnRH) agonists and antagonists are used by women to inhibit the secretion of oestrogen, which stimulates the ovaries. This hormone is responsible for the development of a woman’s female characteristics, including menstruation.

GnRH therapy has side effects such as hot flashes and vaginal dryness. Remember, tiny doses of estrogen and progesterone are taken together can help limit or avoid these symptoms.

Danazol is another drug that stops the menstrual cycle and relieves symptoms. However, Danazol can cause the disease to worsen while you’re on it. Acne and hirsutism are two possible side effects of Danazol.

Conservative surgery aims to remove or destroy endometrial growths while avoiding damage to the reproductive organs.

Endometriosis is diagnosed using laparoscopy, a minimally invasive surgery. In this process, small incisions are made in the abdomen by a surgeon to remove the growths surgically or burn or vaporize them. Nowadays, lasers are often used to kill retrograded tissue.

Endometriosis is a disorder in which tissue that grows in the uterus begins to expand in other parts of the body. It can cause tissue damage and discomfort, as well as interfere with fertility.

It is a chronic disease with no cure. There is no conclusive scientific evidence as to what causes it. Pain and fertility problems can be managed with effective therapies such as antidepressants, hormone therapy, and surgery. Also, endometriosis signs normally improve after menopause. It can only be suppressed to some extent.