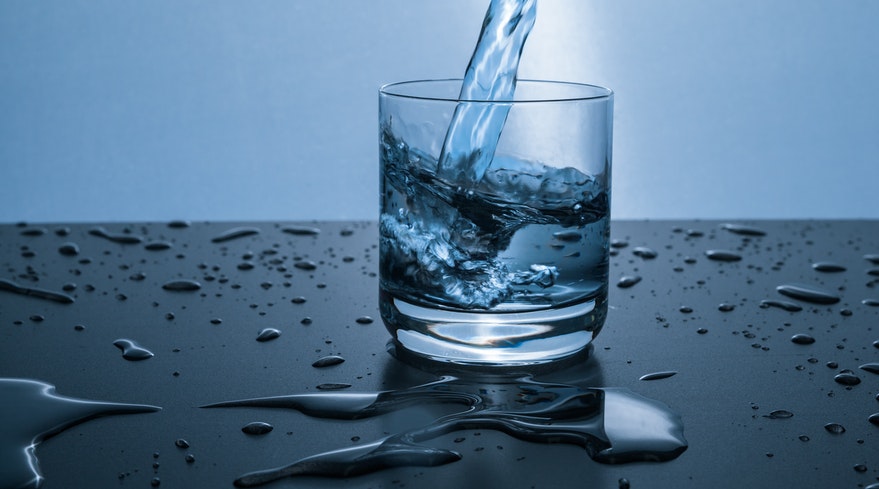 In this article, we’ll discuss some common symptoms of dehydration.

Dehydration occurs when the body loses more fluid than it takes in. 2/3rd of the human body has a water constitution, which shows how important it is to carry out routine functions and keep the body healthy. Digestion, skin health, toxin elimination, and lubrication of the joints are some of the tasks aided by fluids such as water.

The blood becomes highly concentrated in the absence of fluids, causing a spike in blood pressure. Kidneys start retaining water, which makes urination less frequent. Body temperature cannot be regulated, resulting in hypothermia. Since the brain also does not receive sufficient water, mental abilities may be limited or unbalanced.

Infants, children, and seniors are more prone to dehydration. Some of the common causes for children can be vomiting or diarrhea, while seniors naturally tend to have a lower water content in their system. They could also have various health complications due to which the body uses up water quickly, and failure in bringing the levels back would result in dehydration.

The risk of dehydration also depends on the surroundings and the lifestyle of the person. Neglecting to drink the water due to a busy schedule, not getting enough to drink when physical activities are carried out, living in areas with hot weather, eating fatty or salty foods, etc. could raise the risk.

The symptoms would vary according to the intensity of dehydration. It can be classified into mild, moderate, and severe types. Mild and moderate dehydration can be self-medicated, whereas severe cases need hospitalization. Some of the common signs and consequences amongst varied age groups are:

The color of urine can determine how well the body is hydrated. A person who drinks water regularly would have a pale yellow or almost clear urine. As the level of water intake decreases, urine gets darker in color. If the shade is similar to that of apple juice, the individual could be moderately dehydrated.

A complete halt in urination would mean that dehydration is at its peak and is in the danger of turning into a severe health complication. It is important to note that this does not imply that a hydrated individual should frequently be urinating. Too many toilet trips can signify diabetes, showing that the water being consumed is not absorbed by the body, but is directly expelled.

Less water content in the body would lower the saliva production levels in the mouth. It could leave the mouth feeling ragged and dry. The bacteria present on the tongue and teeth usually cleaned up by the saliva, remain in the mouth. This contributes to bad mouth breath.

A dry mouth should not be confused for thirst. While thirst may include mouth dryness as one of its signs, it also consists of a raspy throat and chapped lips.

Feeling thirsty is a popularized sign of dehydration and would compel a person to drink water instantly. But it should not be considered one of the first symptoms of low water levels within the body.

By the time the person feels thirsty, they may already be dehydrated. The thirst mechanism lags behind the actual level of hydration within the body. Extensive salt or sugar intake can trigger thirst as well. Hence even if it is one of the most common symptoms, the individual should not wait until they crave to drink water.

Over time, the skin’s quality starts to lower. With less water being consumed, the skin cannot be hydrated, causing rough patches, flakiness, and unexplained rashes throughout the body. They are commonly concentrated on the limbs. An instant test of dehydration can also be conducted by measuring the elasticity of the skin.

The skin on top of the hand, near the abdomen, or below the collarbones needs to be pinched tightly. If the skin returns to its normal state slowly, it shows mild to moderate dehydration. In case a tent of skin is formed, the person could be severely desiccated. A hydrated person’s pinched area would immediately bounce back.

Water makes up 73% of the brain’s composition. It is also the most water-demanding organ in the body. Both oxygen and water are needed by the neurons to carry out normal functioning. Disturbed supply of either, even for a few minutes, could result in their inactivity, eventually resulting in dying tissues.

Low water intake makes the individual feel dizzy and lightheaded. They might be at the risk of unconsciousness. It also negatively affects their ability to concentrate and retain memories. Dehydrated people often experience confusion when performing simple tasks.

A physically active person usually experiences a fluttering heartbeat after completing their routine. It calms down after a few minutes, but dehydration could make it linger for much longer. Irregular heartbeat and palpitations may also occur without any physical activity taking place.

Low levels of body fluids make it difficult for the heart to pump blood. The blood is much thicker, and the heart muscles remain tensed due to decreased water consumption. All of these factors contribute to blood vessels being strained, increasing the blood pressure.

Water plays a significant role in regulating the internal body temperature. Its high heating capacity ensures an even temperature distribution, and sweating processes help it release excessive heat and cool down.

Fevers are usually indicators of illnesses such as the flu, infections, and other diseases that deteriorate the body’s immune system. However, dehydration inhibits the body’s control over temperature, leading to a spike in fever and other flu-like symptoms such as hypothermia or the chills.

Constipation is one of the quickest signs of dehydration. Water is used as a carrier for toxins and food waste within the body to be removed. Less of it would mean issues with the forming of stool within the system.

The large intestine would absorb all of the food’s water content, making it hard to pass through. Difficulty in expelling it could result in tearing up of the rectum’s walls and entrance, resulting in bloody bowel waste.

Acid reflux could also occur due to dehydration. The pH of water is neutral; hence it aids in raising the pH of the digestive system’s acidic tracts. Drinking too much or too little of it could lead to the stomach lining’s excessive acid formation.

These are some of the most common symptoms of dehydration. Developing a habit of drinking water regularly could lessen their effects immediately. Opting for foods rich in water content, or the ones facilitating hydration should be chosen.

Consuming liquids high in electrolytes should be the first treatment given to a dehydrated person. Consult a doctor if the dehydration persists. There may be several underlying health issues that increase the risk of a water-deprived body.